Permafrost melting may release nuclear waste into the atmosphere • Earth.com 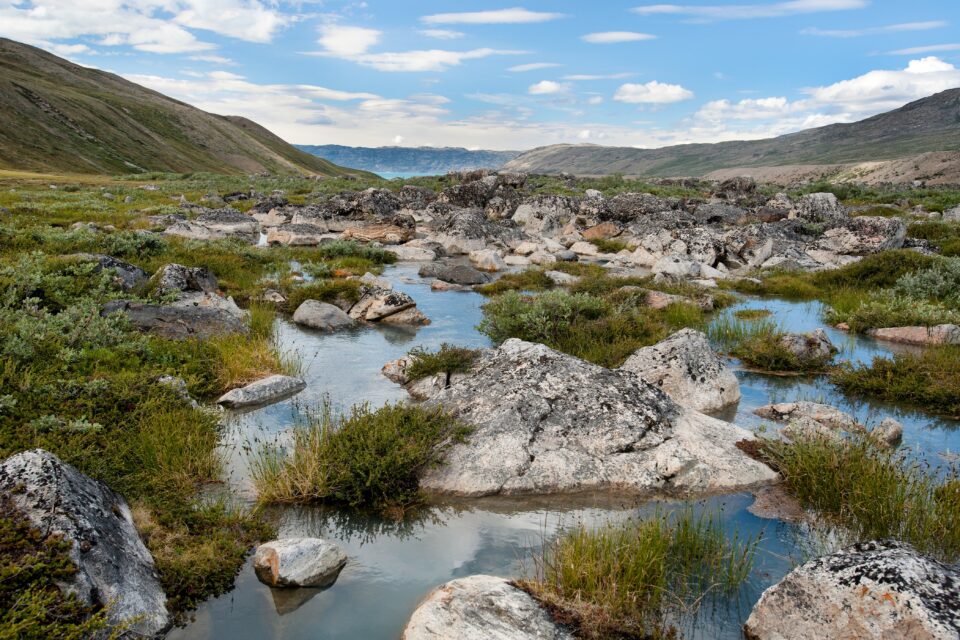 Permafrost melting may release nuclear waste into the atmosphere

Recent estimations suggest that up to two-thirds of the Arctic’s near-surface permafrost might disappear by the end of the century due to climate change. A new study published in the journal Nature Climate Change warns that rapidly melting Arctic permafrost could cause the spread of nuclear waste and previously unknown pathogens.

The Arctic permafrost covers nine million square miles and dates up to one million years ago. Over the millennia, it has housed a large variety of microbes and chemical compounds that could be released into the atmosphere once the permafrost melts.

“Changes in the Arctic’s climate and ecology will influence every part of the planet as it feeds carbon back to the atmosphere and raises sea levels,” said study co-author Arwyn Edwards, a Reader in Biology at Aberystwyth University. “This review identifies how other risks can arise from the warming Arctic. It has long been a deep-freezer for a range of harmful things, not just greenhouse gases.”

“We need to understand more about the fate of these harmful microbes and pollutants and nuclear materials to properly understand the threats they may pose.”

Between 1955 and 1990, the Soviet Union conducted 130 nuclear weapon tests in the Novaya Zemlya archipelago, releasing 265 megatons of nuclear energy. Furthermore, over 100 decommissioned nuclear submarines were scuttled in the Kara and Barents Seas.

However, the Soviet Union is not the only culprit for making the permafrost a deposit of dangerous compounds. The United States’ Camp Century nuclear-powered research facility in Greenland also produced a large amount of nuclear waste, which is now scattered within the Greenland ice sheet.

In addition to these man-made chemicals, the permafrost also houses a variety of ancient pathogens. Scientists have already discovered more than 100 species of microorganisms in the Siberian deep permafrost that appear to be antibiotic resistant. As permafrost thaws, there is a strong chance for these pathogens to mix with meltwater and mutate into other antibiotic-resistant strains that could easily cause future pandemics.

“While some of the hazards associated with the thaw of up to a million years of material have been captured, we are a long way from being able to model and predict exactly when and where they will happen. This research is critical.”