Clues to bee health found in their gut microbiome • Earth.com 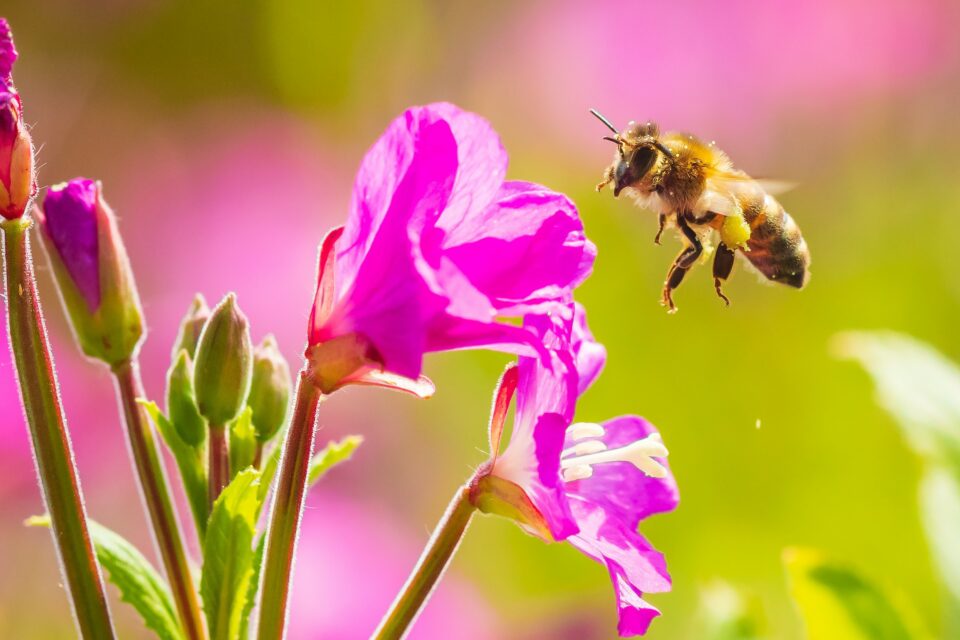 Clues to bee health found in their gut microbiome

A new study led by York University in Canada has discovered that the local environment plays a crucial role in the health and diversity of the gut microbiome of wild bees. These findings could help detect invisible stressors and early indicators of potential threats for wild bee populations. Moreover, establishing a baseline of what a healthy microbiome looks like in wild bees will allow scientists to compare species across populations and continents, and better understand how diseases and harmful microbiota are introduced and transmitted.

“We can really dissect bee health in a very systematic way looking at population genetics and parasite pathogen loads, healthy microbiomes, and deviations,” said study corresponding author Sandra Rehan, an expert in Wild Bee Genomics, Environment, and Conservation at York. “The long-term goal is really to be able to use these tools in order to detect early signatures of stress and habitats in need of restoration or conservation. To develop it almost like a diagnostic tool for bee health.”

By using metagenomic analyses, the scientists sequenced the genomes of three species of carpenter bees (a type of wild bee) in North America, Australia, and Asia to shed more light on these bees’ microbiomes, diet and viral load, and environmental DNA.

Unlike species of social bees such as bumblebees or honeybees, solitary bees get their microbiome – which is crucial for their health – from the environment in which they live and forage for food, instead of inheriting it from their nest mates. “This may make them better bio-indicators as they are much more sensitive to their environment,” Professor Rehan explained.

The researchers found beneficial bacteria that helped with metabolic and genetic functions in all three carpenter bee species, including, for instance, a species of Lactobacillus – a bacterium which is found across most bee lineages, and protects against prevalent fungal pathogens, boosts the immune system, and facilitates nutrient uptake. However, in a previous study, Professor Rehan discovered that adult carpenter bees living in cities lacked this beneficial microbe.

“This raises red flags,” she said. “We are continuing those studies to look at more nuanced urban, rural comparisons, and long-term data to really understand these environmental stressors. Anytime we characterize a microbiome and see deviations from what we know to be normal, it can give us an indication of a population or species in threat.”

In future research, the scientists aim to investigate and compare the microbiomes of a larger variety of wild bee species. “The long-term goal is really to be able to use these tools to detect early signatures of stress in wild bees and thereby identify habitats in need of restoration or preservation. We are excited to be building the tools for a new era of wild bee research and conservation,” Professor Rehan concluded.