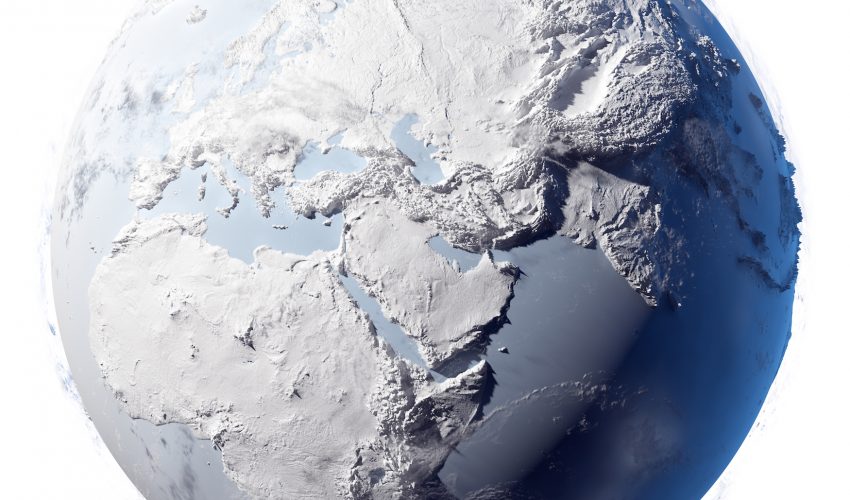 300 million years ago, coal almost turned the Earth to ice

Today, EPA administrator Scott Pruitt announced the repeal of the Clean Power Plan as a clear nod of support to the flailing coal mining industry. While the landmark legislation aimed to curb greenhouse gases, manage climate change, and improve public health, Pruitt argues it was an overreach by the federal government and devastating to the coal industry. Now, a new study has found that the events that created much of the world’s coal that we use today nearly caused global glaciation millions of years ago.

The study, published in the journal Proceedings of the US Academy of Sciences, documents a scientific first for the researchers who were able to show how the world was very nearly turned into a giant snowball 300 million years ago.

Coal forms when plant matter turns into peat, layers of soggy, decaying organic plant matter which later hardens into coal. Most of the world’s coal that we use today was created hundreds of millions of years ago during the Carboniferous and the Permian periods.

During the Carboniferous period, swamp conditions were perfect for the creation of peat, and as many trees died, they sank to the bottom of the swamps.

All of the carbon dioxide the trees had absorbed was buried in the swamps, and as a result, levels of atmospheric CO2 were significantly lower than normal, causing a major cooling effect that almost pushed the Earth into a “snowball state.”

“This illustrates the enormous dimension of the coal issue,” said Georg Feulner, lead author of the study from the Potsdam Institute for Climate Impact Research. “The amount of CO2 stored in Earth’s coal reserves was once big enough to push our climate out of balance. When released by burning the coal, the CO2 is again destabilizing the Earth system.”

Feulner used computer simulations to model what the Earth was like during the Carboniferous and Permian periods. The study also estimated temperatures based on ancient soil samples and fossils and showed drastic fluctuations.

The findings reveal how much of an impact coal has and had on our planet, causing both major warming and cooling.

Rapid climate changes were a part of Earth’s early history. But with the amount of fossil fuels burned today, many scientists fear that, unless something is done to keep CO2 concentrations down, the effects will be irreversible.

“We should definitely keep CO2 levels in the atmosphere below 450 parts per million to keep our climate stable, and ideally much lower than that. Raising the amount of greenhouse gases beyond that limit means pushing ourselves out of the safe operating space of Earth,” said Feulner.