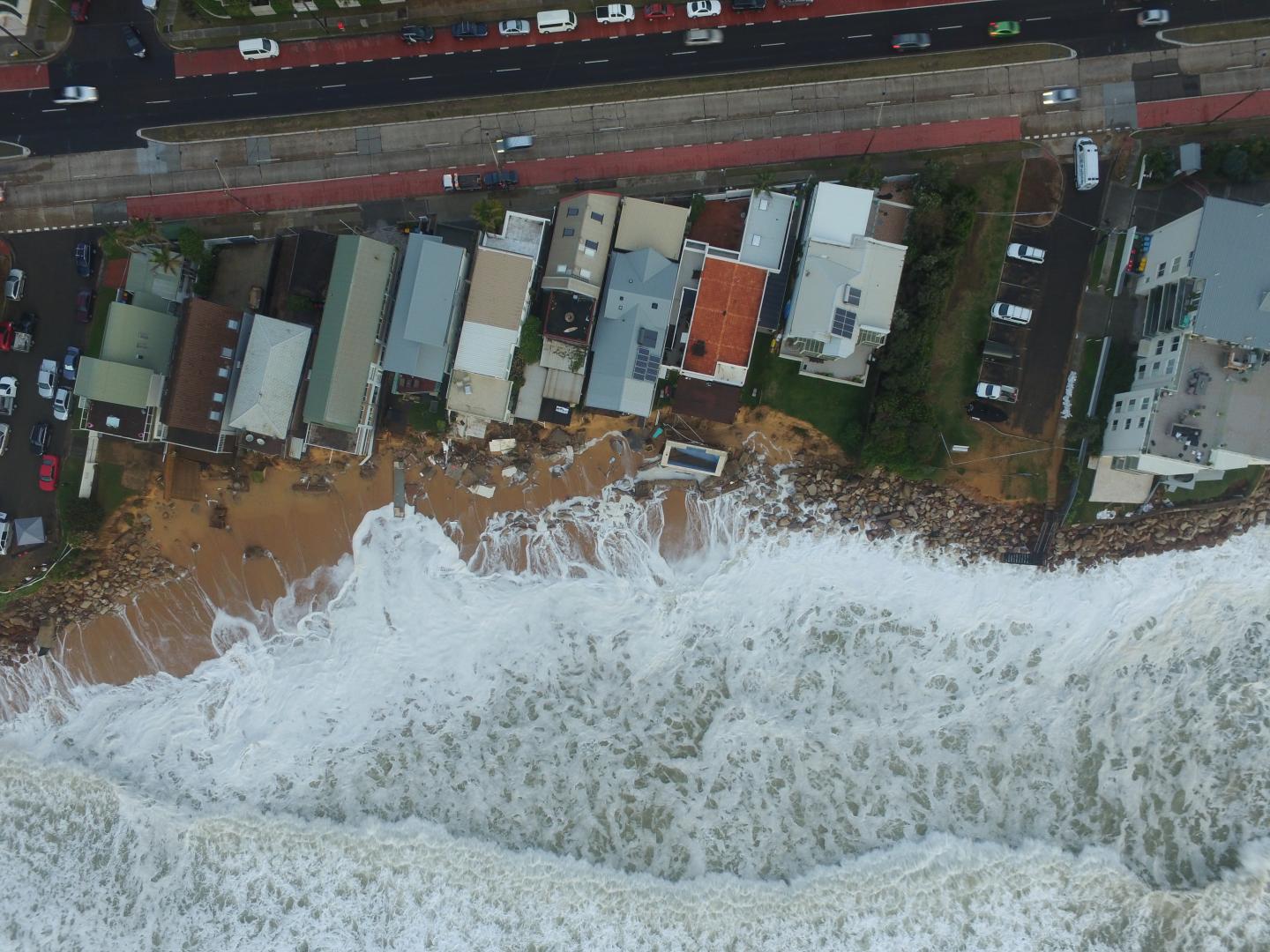 A study published in the latest issue of the journal Scientific Reports reveals that sea level rise is not the only danger to waterfront areas as a result of climate change. As storm patterns shift and change directions, property and structures along the coastline that were once considered to be relatively safe from the impact of storms are now at risk of being severely damaged.

Engineers at University of New South Wales in Sydney analyzed data from a “superstorm” that hit the eastern coast of Australia in June 2016. The storm, one of the strongest in decades, flooded towns and took out buildings.

Recording tools were deployed a week before the storm and used into the weeks that followed the storm. These devices including drones, floating sensor buoys, fixed cameras, and aircraft fitted with LiDAR laser ranging sensors. This provided experts with the most detailed pre-storm and post-storm record that had ever been assembled.

The team determined that 11.5 million cubic meters of sand was eroded from beaches across a 200-kilometer stretch of Australia’s eastern coast in only three days. This amount of sand could fill up a 100,000-person-capacity stadium to the brim with sand more than seven times. This is comparable to the amount of sand diminished on eastern coast of the United States by Hurricane Sandy in 2012. The superstorm surveyed in Australia was only average in its force, but hit from a very unusual direction.

“And that’s what’s really worrying,” said co-author Ian Turner. “The damage we saw from a moderately intense storm last year is a harbinger of what’s to come. Climate change is not only raising the oceans and threatening foreshores, but making our coastlines much more vulnerable as the direction of incoming storms change.”

“With this data, we can now construct accurate coastal erosion models, to predict damage days before a storm hits,” said senior lecturer Karen Splinter. “It will also be pivotal in understanding the future effect of climate change on coastal variability around the world.”