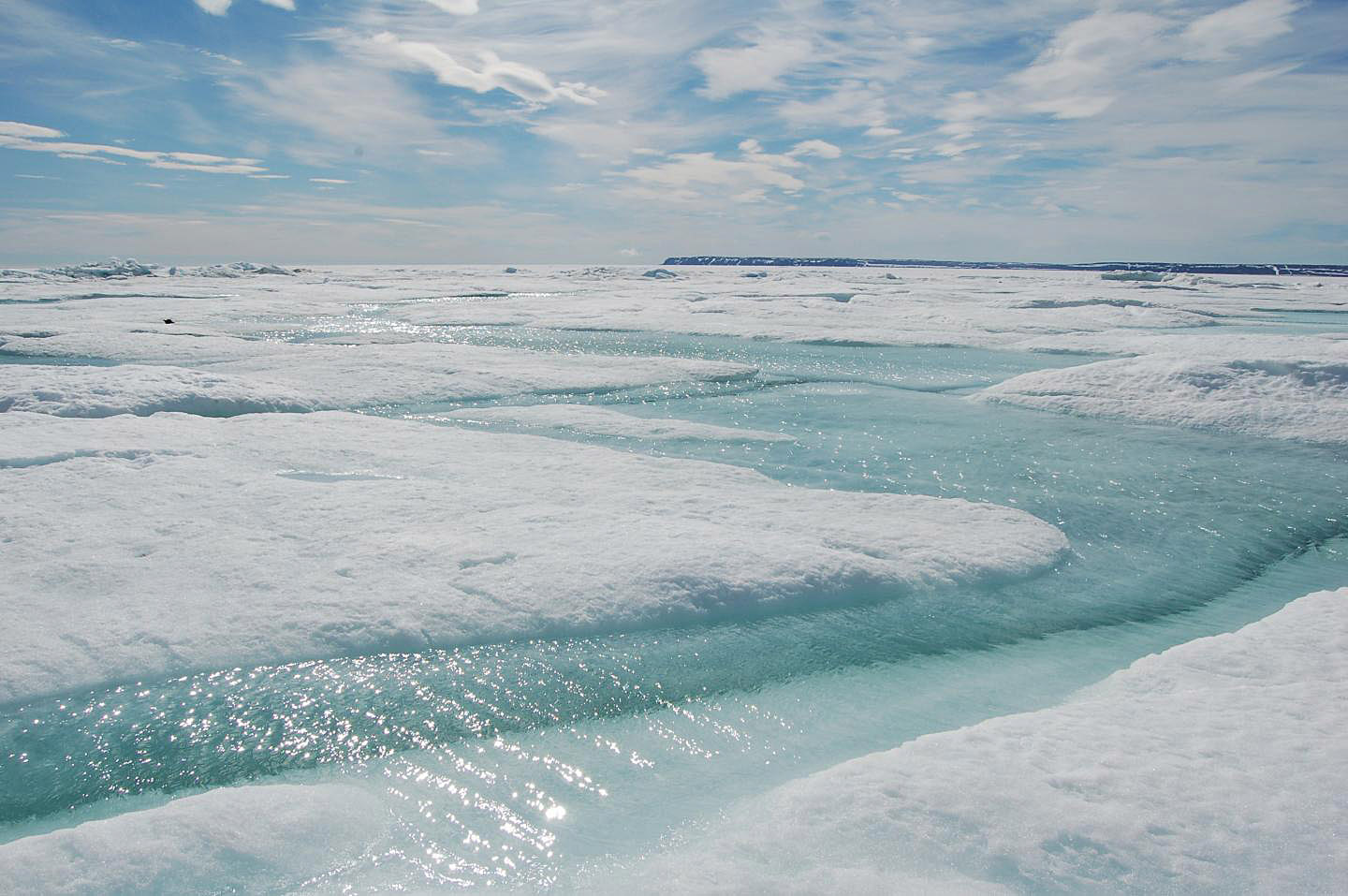 New understanding of changes in North Pacific ocean circulation over the past 1.2 million years could lead to better global climate models

An unprecedented analysis of North Pacific ocean circulation over the past 1.2 million years has found that sea ice formation in coastal regions is a key driver of deep ocean circulation, influencing climate on regional and global scales. Coastal sea ice formation takes place on relatively small scales, however, and is not captured well in global climate models, according to scientists at the University of California, Santa Cruz, who conducted the study.

A paper on the new findings will be published in a future issue of the journal Paleoceanography and is currently available online.

“We have identified an important process that current global climate models don’t adequately capture. Coastal sea ice formation may be important to future climate change because the arctic and subarctic regions are warming at twice the rate of other parts of the world,” said first author Karla Knudson, a graduate student in Earth and planetary sciences at UC Santa Cruz.

When sea ice forms, it expels salt into the surrounding water, increasing the density of the water and causing it to sink, carrying oxygenated surface water into the depths. One result is a flow of cold deep water toward the equator and warm surface water toward the poles, and this “overturning circulation” plays a crucial role in moving heat around the globe.

“It helps to modulate the climate by transferring heat from the equator to the poles,” said coauthor Christina Ravelo, professor of ocean sciences at UC Santa Cruz.

In 2009, when Ravelo led an expedition of the Integrated Ocean Drilling Program (IODP) to the Bering Sea (with co-chief scientist Kozo Takahashi of Kyushu University, Japan), one of her main goals was to investigate the role of the North Pacific Intermediate Water in climate change. The expedition drilled sediment cores from the floor of the Bering Sea that preserve records of the regional climate and ocean circulation covering the past 1.2 million years, much longer than any other oceanographic records from that region. By analyzing these records, Knudson and Ravelo found that the strength of the overturning circulation in the North Pacific is inherently linked to global climate changes, but not in the way scientists had previously thought.

The sediment cores used in this study cover a period when the planet went through many climate cycles driven by variations in Earth’s orbit, from extreme glacial periods such as the Last Glacial Maximum about 20,000 years ago, when massive ice sheets covered the northern parts of Europe and North America, to relatively warm interglacial periods with climates more like today’s.

Previous studies based on global climate models indicated that the overturning circulation in the North Pacific and North Atlantic responded in opposite ways to major shifts in global climate. During glacial periods, sea level falls as water gets locked up in the ice sheets, and in extreme cases the Bering Strait connecting the Bering Sea to the Arctic Ocean closes and becomes a land bridge. This shuts off the flow of relatively fresh North Pacific water into the saltier North Atlantic, leading to increased salinity in the North Atlantic and stronger overturning circulation there.

At the same time, the thinking went, a fresher North Pacific would have weaker circulation. This oceanic “seesaw” would result in a cooling effect in one ocean and a warming effect in the other. But that’s not what the sediment cores revealed. “We found that the overturning circulation actually strengthens in both oceans when the Bering Strait is closed,” Knudson said.

The Bering Sea is less important during warm periods like today, when wintertime sea ice formation in the Sea of Okhotsk generates most of the North Pacific Intermediate Water. But the same process of sea ice formation and brine production along coastal shelves plays a critical role wherever it occurs.

“These small-scale processes might be important to understanding the full impact of climate change,” Ravelo said. “As the climate gets warmer, we could see reduced sea ice formation in the Sea of Okhotsk and the Arctic. So it would be nice for the climate models to have sufficient resolution to be able to predict the impact of changes in coastal sea ice.”

Knudson and Ravelo based their findings on an analysis of carbon and oxygen isotopes in the calcium carbonate shells of tiny marine organisms called foraminifera, which are preserved in seafloor sediments. Chemical signatures of the ocean water the organisms lived in are locked into the composition of their shells, and researchers can analyze them for evidence of past water temperatures and other oceanographic conditions.