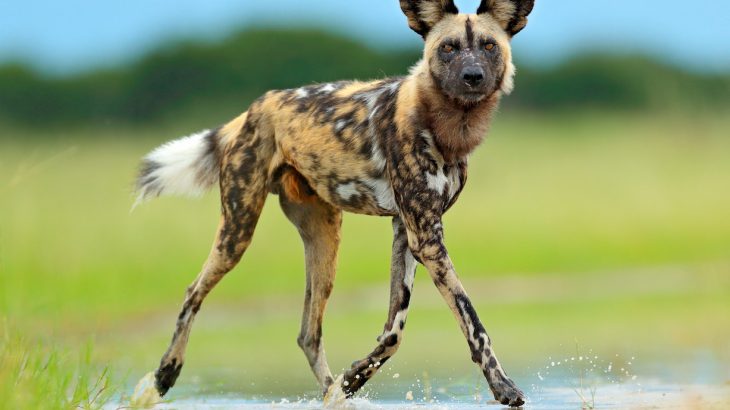 Animal welfare as promoted by organizations like the ASPCA or PETA is usually seen as a completely different concern from conservation biology, but the two have much in common and are rooted in some of the same concerns.

Animal welfare is usually about the treatment of animals, domestic or wild, with a focus on alleviating individual suffering. Conservation biology is more concerned with protecting the ecological integrity, biodiversity and genetic stability of populations or ecosystems. Sometimes, conservationists kill animals such as invasive species or prescribe hunting as population control. Animal welfare organizations are generally not in favor of hunting or culling of invasive species. At other times, the divisions between the goals of conservation and animal welfare aren’t as obvious.

When Henry Bergh of New York founded the American Society for the Prevention of Cruelty to Animals (ASPCA) in 1866, there wasn’t a lot of distinction made between cruel treatment of wild animals and domestic ones. Bergh campaigned for cruelty-free treatment of work horses the same as for sea turtles captured by fishing vessels to sell as food.

Interestingly, Henry Bergh was a friend of the Roosevelt family and Theodore Roosevelt himself was said to be angered by cruelty to animals from a young age before championing the beginning framework for conservation law in the US. Of course, besides promoting environmental conservation, Roosevelt went on to be a hunter and champion things like predator control in which wolves, bears and mountain lions were slaughtered in great numbers. It’s hard to know if some of Roosevelt’s thoughts on conservation were influenced by Bergh.

Beyond the early beginnings of modern scientific conservation, there is some shared ground with animal welfare. On issues such as the illegal exotic pet trade or slaughtering endangered wild animals for traditional medicine, the two concerns share similar views.

Inevitably, programs such as predator control and the use of hunting as a method of population control drive a wedge between conservation and animal welfare. Many scientists view their research subjects as little more than automatons; means to an end not to be considered as individuals. Of course viewpoints are different but the scientific community generally frowns on anthropomorphism non-humans.

Humanizing non-human animals is sometimes a way for bias and misunderstanding to creep into scientific research. A strict ban on any type of anthropomorphism can at times deny animals any emotional or internal life, something that can be a bias as well.

A 2015 paper in Bioscience titled Compassion as a Practical and Evolved Ethic for Conservation makes the case for compassion of individual animals in conservation. The paper’s authors Daniel Ramp and Marc Bekoff discuss methods used commonly to resolve conflicts between humans and wildlife or different wildlife species.

It’s not hard to imagine the specifics of why animals are killed in the name of conservation.  Zoos often breed lions or other animals to have babies they can’t keep to bring in money for ‘conservation’ only to kill the cubs later, as The Dodo reported one Swedish zoo doing. The paper points out that animals like dingoes and wolves are routinely killed to keep them from moving off protected land onto private property. Conflicts in which a wild animal attacks a person also often end in the death of the wild animal.

A 2019 paper published in Animals aimed to look at African Wild Dogs as thinking animals, in control of their own lives and consider the impact of humans on their wellbeing, not just their survival as a species. The research also attempts to look at the subjective world of the African Wild Dogs, using an interdisciplinary approach using not just objective scientific tools but also impressionistic reports. This sort of view of a wild animal does indeed have more of a potential to instill compassion and empathy on the reader, creating more of an emotional connection to an animal and in turn an ecosystem.

The scientists argue that there is a place for killing within conservation. Control of invasive species is one of the times when most conservation scientists would support killing invasive species. This attempts to ensure to some degree the integrity of an ecosystem by excluding non-native species that may outcompete and kill off native species. If a cat kills a hundred rare songbirds, who are you showing compassion to by not killing the cat? The researchers pointed to South Georgia, a remote island where rare birds breed. Rats had infested the island, hurting the bird populations. The rats were culled to ensure the livelihood of the birds and for the conservation of their species.

Further, the scientists argued that compassionate conservation is largely rooted in wealthy, urban, western society. The same can also be said of conservation in general. Pushing the values of any conservation agenda on people in a less affluent country can be problematic.

In the end, all conservation should arise from compassion or love. If all we care about is the financial benefit of wild animals or wild places, we’ve already lost much of the fight for something that can bring out a better side of human nature.