Opinion: With conservation, Ryan Zinke is no Teddy Roosevelt • Earth.com 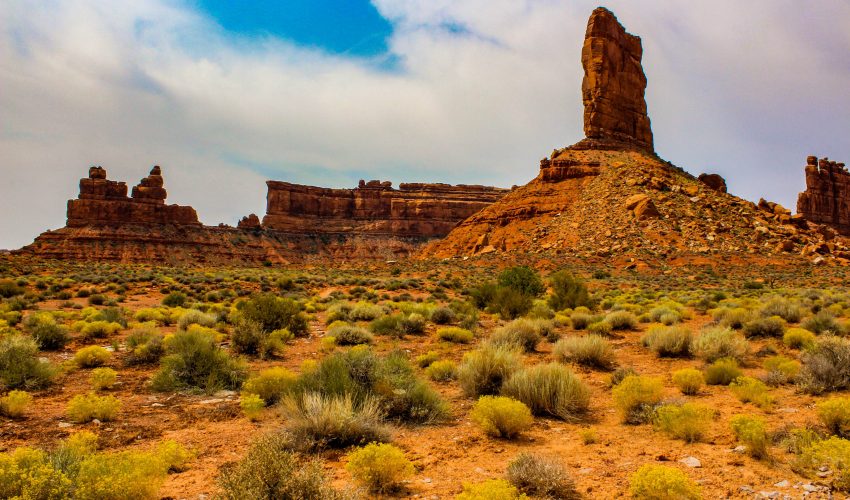 Opinion: With conservation, Ryan Zinke is no Teddy Roosevelt

Recently I got an email from Utah Diné Bikéyah, an organization standing in support of Bears Ears National Monument and against Trump’s executive order to smash it to hell.

The email was asking to make a public comment to the Bureau of Land Management and U.S. Forest Service to stop implementation of the new management plan for the land until litigation is settled and to extend the public comment period.  I dutifully complied and threw my drop of comment into the bucket. Then I googled something about Bears Ears management and came to a Department of Interior press release about Bears Ears. On the top of the page was a picture of Secretary of the Interior Ryan Zinke in the Utah desert wearing a pair of sunglasses.

Zinke is also wearing a blue polo shirt and something looking like a light rain jacket open with the collar turned down.  Under the edge of that turned down collar is the smallest amount of a logo visible. It’s a logo that even from the smallest edge peeking from under a turned collar is unmistakable.  I’m sure you, reader have seen the logo I’m speaking of, if you’ve been in a US mall in the winter, ever shopped in REI or been skiing anywhere. The logo in the picture is pretty clearly the ubiquitous logo of The North Face.  When I realized what I was seeing, I laughed aloud.

The North Face makes their support of Bear Ears National Monument very clear on their website.  They sell hoodies and shirts with the phrase ‘Protect Bears Ears and an image of the monument, all proceeds of the sales given to Bears Ears Inter-tribal Coalition, a non-profit suing Trump for reducing Bears Ears.  Ryan Zinke recommended Trump shrink Bears Ears as well as other public lands.

Considering Secretary Zinke’s history of contradiction, it’s not surprising that he quite literally wears hypocrisy on his sleeve.  Many environmentalists have been a bit unsure of where Zinke’s loyalties lay but now it seems he’s proven himself to be Trump’s lap dog.  At another occasion, Zinke donned a khaki shirt and a Boy Scout scarf at the Boy Scout Jamboree where Trump spoke, it was one of the many costumes the Secretary of the Interior wears in an effort to paint himself a “Teddy Roosevelt Republican”.

Of course as things go, Teddy Roosevelt was arguably the greatest conservationist to ever sit in public office in our nation.  To invoke the name of TR is to say you are an advocate for public lands and wildlife in the greatest capacity. Despite Zinke’s words, he has only a 4% lifetime rating from the League of Conservation Voters.  A long list of red X’s and question marks march along the score card the organization gave Zinke, indicating few votes for real conservation.

As Secretary of the Interior, Ryan Zinke oversees management of an agency that employs 70,000 people and manages a lot of land, especially in the American west.  Zinke oversees the National Park Service, The Bureau of Indian Affairs and The Department of Reclamation. As a whole, this includes management of the most important water sources and dams in the west as well as almost all federal public land as well as aid to Native American nations.

Zinke started on his path in much the same way I did, as a Boy Scout in a western state, in his case Montana in my case Wyoming and later Colorado.  Zinke earned his Eagle Scout award, the highest award in scouts partly by making management recommendations on the White Fish River in Montana, a promising start for a man who went on to earn a BS in Geology and serve as a Navy SEAL.  The problem is that despite Zinke’s history in the Boy Scouts, despite a background in natural history, despite driving an out of place Prius in Montana, environmentalism seems to be Zinke’s façade.

National Monuments are being shrunk under recommendations from Zinke, and bans on lead bullets to protect raptors have been lifted.  It’s likely that offshore drilling will resume in Alaska and on the east coast where Obama had placed a moratorium. Zinke has said he’s loyal, something as a Boy Scout he swore an oath to be but it seems he’s more loyal to the whims of his political party than to an environmental ethics.

If Roosevelt was president now, I feel he’d do to Zinke what Trump has done a lot of lately: fire him.  As an environmentalist, I can’t help but feel we wouldn’t lose anything if we lost Zinke.