National parks, Trump and the Ghost of Teddy Roosevelt • Earth.com 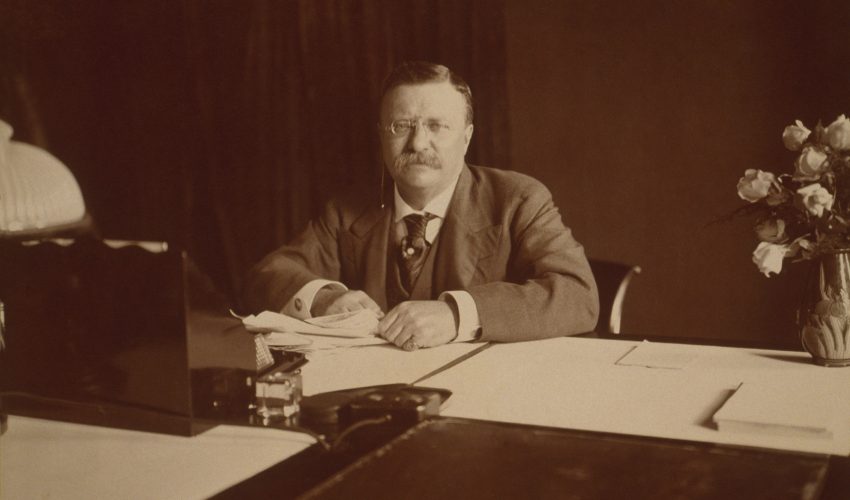 National parks, Trump and the Ghost of Teddy Roosevelt

During Teddy Roosevelt’s time as president, he was derided as being a traitor to his race and class; it’s hard to see Trump as anything but.  The one striking similarity between the presidents’ is their apparently shared love of big game hunting.  Much has been made of Trump’s moves to reduce his predecessors’ national monuments and the possibility of attempting to rescind some.  Less attention has been paid to how the standing national parks and monuments are becoming an exclusive place for the rich to vacation.

It seems obvious that lifting bans on importing game trophies such as elephants will mostly benefit the elite with money for African safari vacations.  Certainly Teddy Roosevelt was rich enough to safari in Africa and collect specimens for the Smithsonian.  Likewise Trump’s sons have taken an interest in the kingly pastime of gunning down animals.  Pictures of Eric and Donald Jr. can be found online, posing holding an elephant’s tail and together with a dead leopard among others.  The difference lies in Roosevelt’s naivety in thinking that killing of predators could help other wildlife as well as his dedication to scientific collecting.  Of course Roosevelt did enjoy the sport of killing as well but held to some code of ethics.  For Trump, what’s of utmost importance is that the rich can enjoy killing (or anything else they want) and decorate their walls tastefully with glass eyed heads.  Roosevelt also worked hard to create wildlife reserves, bird sanctuaries, National Parks and forests: the spine of American conservation.

The National Parks have a problem with the lack of visitor diversity.  As of 2016 less than 2% of visitors at Saguaro National Park were Hispanic.  To clarify, Saguaro sandwiches Tucson AZ to the east and west, a city with a population 44% Hispanic or Latino.  Only 20% of visitors to national parks in the US were minorities, despite minorities making up 40% of the overall population.

Now the National Park Service has proposed steep fee hikes.  The proposal would increase from $30 fees for a car at the Grand Canyon to $70 during peak season.  Fees would be hiked in 17 national parks.  Places like Joshua Tree and Yosemite along with most of the iconic western parks (and others) would become prohibitively expensive.

The reason for the fee hikes Zinke explained, is for better park infrastructure.  I wonder how John Muir or Ed Abbey would feel about that.  For those who may not know; Muir once built a ‘cabin’ with no walls spanning a creek and happily noted frogs jumping through it.  Abbey of course opposed virtually any development in the parks.  Teddy Roosevelt didn’t even support cars in National Parks, would you drive into a cathedral?  These are the men who fought to preserve the land in the first place; why are we so quick to ignore them now?

With the increase of park fees, it seems unlikely diversity in the parks will increase.  It seems more likely that the parks will become whiter and richer, the way Trump likes things.  With less people and only one type of person at that, there will be less resistance to further development.  I wonder how long until Forest Service and BLM Lands come under similar management plans?  Or perhaps the idea is with less people outside, more unobstructed mineral extraction.  Trump’s already looking at opening the Arctic National Wildlife Refuge to oil exploration.  One wonders, if he were alive today, would even Teddy Roosevelt oppose the rule of this government?