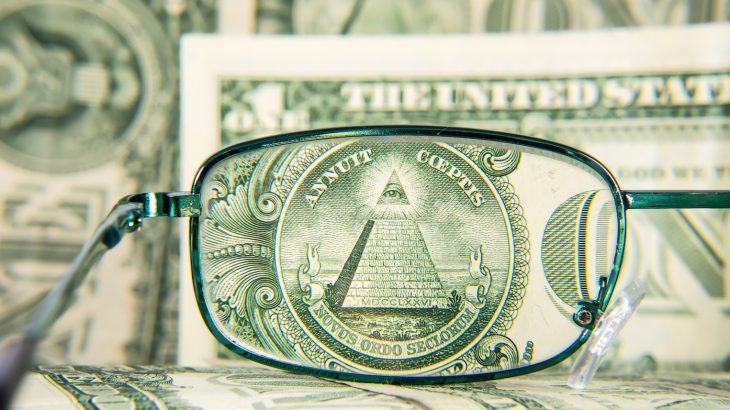 Despite lacking scientific evidence or sometimes even common sense, certain conspiracy theories continue to persist. Some of the more popular ones include the ideas that the Earth is flat, bigfoot lives, lizard people control the government, the moon landing was faked.

While these theories continue to be debunked and debated, studies into the psychology and motives that drive belief in conspiracy theories have yielded many interesting examinations of human nature.

Belief in conspiracy theories has been linked to prejudice, political disengagement, and little interest in environmental conservation.

Now, new research has found that people who believe in conspiracy theories are also more likely to commit low-level crimes like claiming a lost item that doesn’t belong to them.

Two studies conducted by psychologists from the University of Kent and Staffordshire University examined how belief in conspiracy theories influenced anti-social and unethical behavior.

The research was published in the British Journal of Social Psychology

The individuals that held a strong belief in conspiracy theories were more accepting of common petty crimes.

With the second study, 120 people (not involved in the first study) were split into two groups. One group was given an article about a conspiracy theory to read.

Both groups were asked about their opinions on petty, low-level crimes but the group that read about the conspiracy theory before answering the questions showed stronger tendencies toward committing a future crime.

Exposure to a conspiracy theory increased feelings of anomie or a detachment from the usual ethical and social standards of society the researchers found.

“Our research has shown for the first time the role that conspiracy theories can play in determining an individual’s attitude to everyday crime,” said Karen Douglas, an author of the study. “It demonstrates that people subscribing to the view that others have conspired might be more inclined toward unethical actions.”