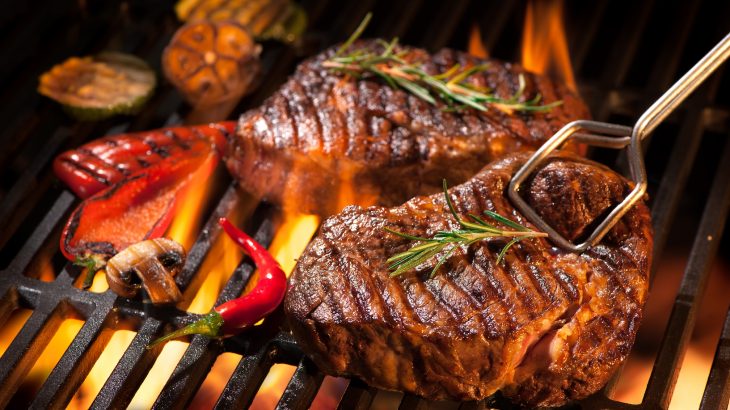 We often don’t think about the history of cooking beyond how putting meat to flame opened up a new world of flavors and possibilities for preserving and preparing food through the ages.

However, when our early human ancestors started cooking food it may have permanently altered the course of evolution for the human microbiome.

Humans are covered in bacteria. Colonies of microorganisms have set up camp in our gastrointestinal tract, billions of bacteria live on our skin, and all these microbes make up the collective microbiome.

Studies have shown that gut bacteria can affect depression risk or help with weight gain, and researchers are working to understand the important role that the microbiome plays in human health and wellbeing.

In a new study, researchers from the University of California, San Francisco, and Harvard University found that cooked food alters the microbiome of humans and mice.

“Our lab and others have studied how different kinds of diet — such as vegetarian versus meat-based diets — impact the microbiome,” said Peter Turnbaugh, the senior author of the study. “We were surprised to discover that no one had studied the fundamental question of how cooking itself alters the composition of the microbial ecosystems in our guts.”

There were changes in the composition and gene activity of the microbiomes of those fed cooked sweet potatoes.

Again, the differences in the microbiome linked to a raw diet versus cooked food were considerable.

A cooked tuber allows whoever eats it to absorb more calories in the small intestine the researchers said. Raw foods, on the other hand, have antimicrobial compounds that can damage bacteria.

The researchers analyzed the chemical changes that occurred in cooked plants to see if these were responsible for the changes in the microbiomes.

A small group of human participants was also fed either a diet of raw or cooked food for three days. The researchers analyzed the participants’ stool samples to see if the diets affected the microbiomes of humans in the same way as the mice.

“It was exciting to see that the impact of cooking we see in rodents is also relevant to humans, although interestingly, the specifics of how the microbiome was affected differed between the two species,” said Turnbaugh. “We’re very interested in doing larger and longer intervention and observational studies in humans to understand the impact of longer-term dietary changes.”

The study was published in the journal Nature Microbiology.