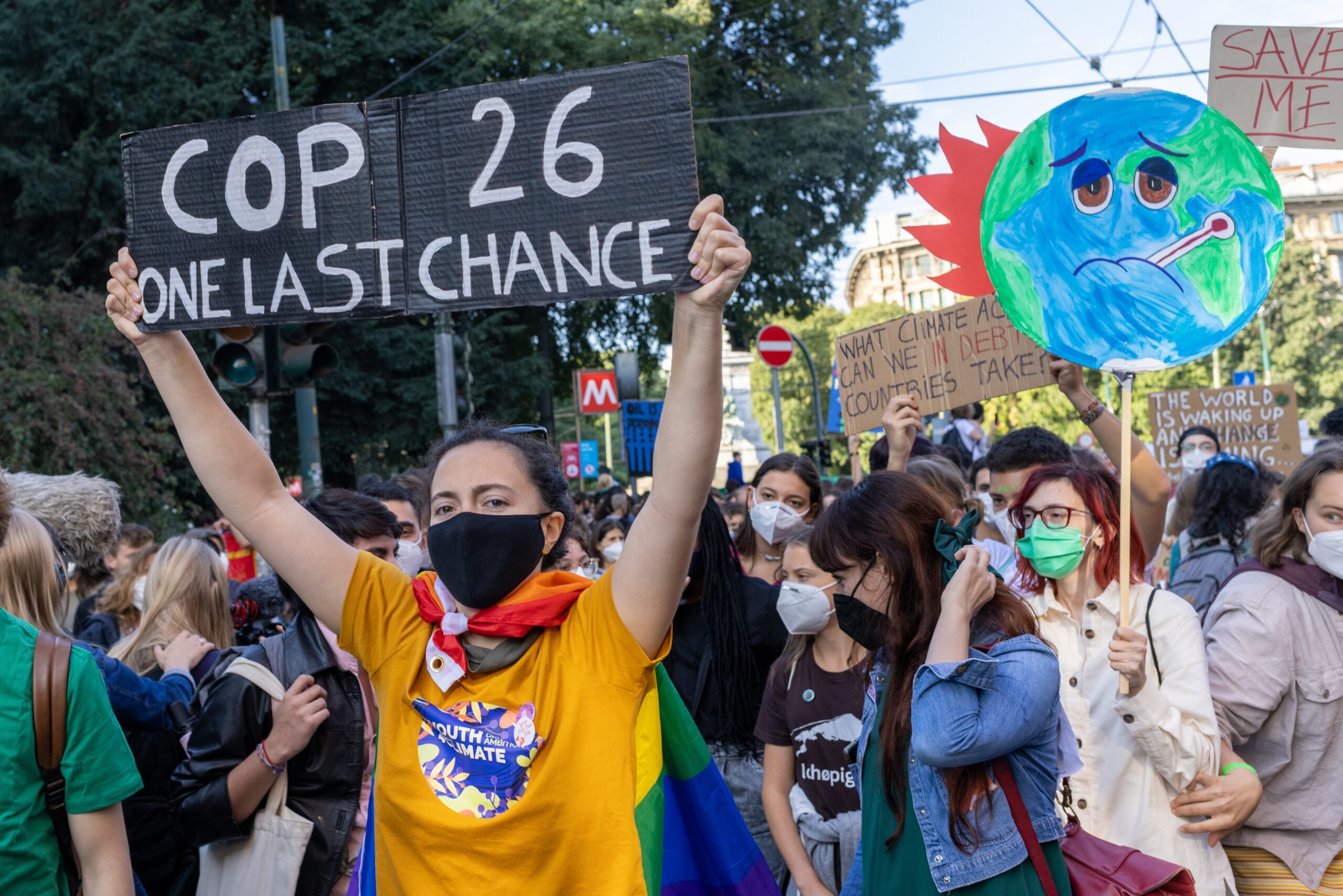 This year’s COP meeting took an unprecedented step in the right direction by making specific decisions on coal and fossil fuels. In the aftermath of the conference, however, many people are expressing frustration and disappointment that India and China pushed for (and were granted) lighter restrictions on coal.

Both countries, which are heavily dependent on coal, refused to commit to phasing it out entirely, but agreed to “phase down” coal use.

The pact also mentions moving away from fossil fuels, but critics say that even with accelerated action, the new climate agreement fails to protect the nations and people who are already greatly suffering from the climate crisis.

Seve Paeniu is the Minister of Finance and Climate Change of Tuvalu, an island nation in the South Pacific that is severely threatened by sea level rise. According to a report from Popular Science, the low-lying island nation of Tuvalu is “literally sinking” in Pacific waters that have already risen by up to a foot.

Paeniu was disappointed that there was no clear establishment of a loss and damage fund, in which wealthy nations would pay for the consequences of climate change on Tuvalu and other smaller nations.

“First of all, little countries made our voices heard, but in a negotiation room like this, you’ve got the big countries. So it’s a case of take-it-or-leave-it kind of deal,” said Paeniu.

“So there was no other option left for us. We just want to work with this and are hopeful that some outcome would come out of this dialogue.”

US climate envoy John Kerry said that while there is support for loss and damage, “we have to work through what is this all about,” such as how much money is needed and what the money would be used for.

“This outcome is an insult to the millions of people whose lives are being torn apart by the climate crisis,” said Andersen. She pointed out that “the wealthy countries most responsible for our warming world – particularly the United States – have blocked their ears and hung those most impacted out to dry.”

Meanwhile, Minister Paeniu remains hopeful that actions will speak as loudly as the pledges that have been made at COP26.

Overall, the Glasgow pledges fall short of their global warming goal. According to projections by the Climate Action Tracker, the world needs to cut the rate of greenhouse gas emissions by almost 27 billion metric tons a year in order to limit global warming to 1.5°C by 2030. The current pledges will only eliminate 25 percent of the target rate of emissions.

Sir David King, Chair of the Climate Crisis Advisory group, reacted to the Glasgow Climate Pact. He noted that the scientific community has a critical role to play in managing a safe future for humanity by monitoring the year-by-year actions and accountability of each country.

“There were real advances made in the Agreement, following on from COP21 in Paris 2015. Adaptation, mitigation and finance were all strengthened. Rules on carbon markets were approved. The importance of the protection, conservation and restoration of nature and ecosystems was recognized – although the phrase ‘critical importance’ was removed. And the ‘phase down’ – not ‘phase out’ – of coal was approved, at the last minute,” said King.

“But there was no real understanding in the agreement of the extreme nature of the crisis. How do we, the current generation, ensure a manageable future for humanity?”

“The threat to all of us from the loss of polar summer sea ice over the Arctic Ocean is a clear signal of the disaster from rising sea level, severe extreme weather events and high temperatures; but it was not addressed in any way.”

“This was the meeting when the end of coal, oil and gas should have been set in place, in an orderly, efficient and fair way. The power of the USA oil and gas lobby meant that the USA was unable, once again, to show clear leadership on this critical issue.”

COP26 President Alok Sharma referred to the Glasgow Climate Pact as a “fragile win.” He said that China and India will have to explain themselves to climate-vulnerable nations to somehow justify their actions.

“I am going to be calling on everyone to do more,” Sharma told BBC One’s Andrew Marr Show. “But as I said, in relation to what happened yesterday, China and India will have to explain themselves and what they did to the most climate-vulnerable countries in the world.”

“I wouldn’t describe what we did yesterday as a failure – it is a historic achievement.”