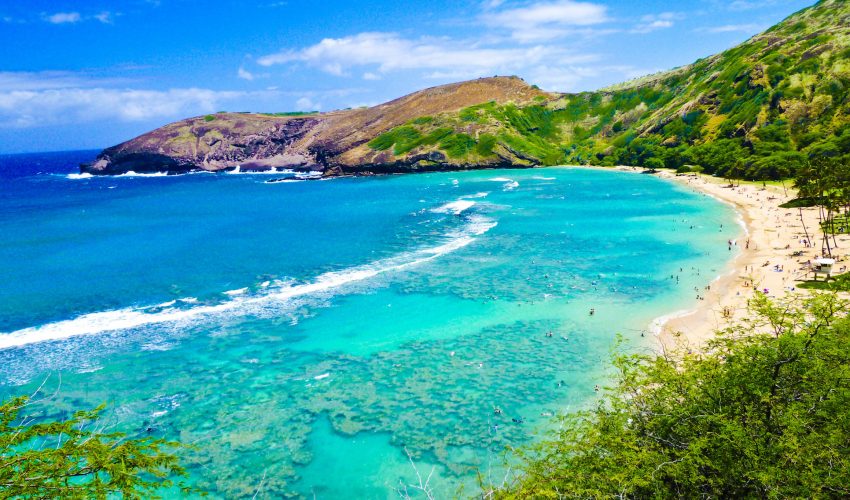 Coral bleaching is one of the major consequences of climate change, and is affecting some of our most diverse ecosystems – coral reefs – all around the world. Bleaching occurs when water temperatures rise, causing corals to expel algae from their tissue in response to stress from negative environmental pressures. Without this algae, the corals starve.

Researchers have recently discovered that nearshore corals at the Hanauma Bay Nature Preserve (HBNP) on O’ahu, Hawaii are at risk of coral bleaching as seawater temperatures around the world continue to rise. Between 2014 and 2015, they found that 47% of reef flat corals at HBNP bleached overall and 9.8% of corals died in these locations.

The findings of the research team, which was led by the late Dr. Paul Jokiel of the Hawaii Institute of Marine Biology, found that temperature is the most influential factor in coral bleaching events at HBNP.

These warmer ocean temperatures that are devastating reefs worldwide are related to significant increase in global carbon emissions over the past several decades. As the researchers explain, regardless of past and current efforts to prevent bleaching from occurring, carbon will continue to be absorbed by the ocean and thus water temperatures will continue to rise.

Jokeil’s Coral Reef Assessment and Monitoring Program (CRAMP) has been collecting data from the HBPN since 1999. Analysis reveals that there was a significant decrease in shallow coral cover as far back as 2002.

The geography of the bay in the Hanauma Bay Nature Preserve is such that it separates the shallow nearshore from the deeper seaward regions, as it stretches from one end of the bay to the other. The barrier it provides, along with its two channels, have significant impacts on how cool water is carried from the open ocean to the shore, as well as how the water exits the bay.

The patterns of this water flow were a major part of the study, as the researchers attempted to understand why bleaching was more significant in certain areas of the bay. They determined that bleaching was most devastating in the areas where water would pool and warm for long periods of time. Areas that had more of a circulation pattern experienced less bleaching.

If living coral tissue continues to decline, the reef will erode and will no longer be able to provide shelter and food to the diverse sea life that calls the reef home.

Dr. Ku’ulei Rodgers explains, “Global climate change poses a direct threat to the biological sustainability of the protected reefs of Hanauma Bay Nature Preserve and a clear economic and cultural threat to the state of Hawaii.”

If global warming continues and causes coral bleaching to increase, we will lose some of our most diverse and spectacular ecosystems.