Coral parents pass their algae on to their offspring • Earth.com 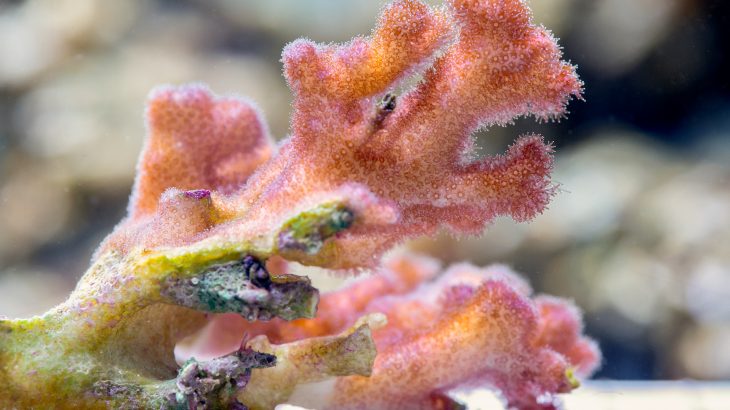 Coral parents pass their algae on to their offspring

Parents want the best for their children, and a new study has found that the same can be said for corals who equip their offspring with the tools they need to help adapt to warming waters.

Researchers from the University of Southern California, the Australian Institute of Marine Sciences and James Cook University discovered for the first time that coral parents pass along upgraded algae symbionts to their offspring.

Nearly half of the world’s coral has disappeared due to rising ocean temperatures. Researchers are now working to understand the extent of reef resilience and if corals can adapt to climate change.

Coral bleaching events have contributed significantly to coral declines. Corals get their color from algae colonies that live inside the coral’s cells but independent of the coral’s DNA. It’s an unusual but crucial symbiotic relationship.

For the algae, corals provide safety and ample opportunity for photosynthesis. For the coral, algae produce oxygen and supply the energy necessary to build reefs.

When under stress due to warming water and increased ocean acidification, the algae leave and the coral starve.

Not all corals lose their symbiotic algae tenants under these conditions as some corals can shuffle the algae colonies and keep the most beneficial communities within their cells.

The researchers found that corals can pass on their upgraded and specially selected symbionts to their offspring.

“What we’re finding is that corals can pass their shuffled complement of algal partners, or symbionts, to their offspring to bestow a potential survival advantage, and that’s a new discovery,” said Carly Kenkel, a co-author of the study. “We care about this because coral reefs do so much for us. A reef provides breakwater for storms, fish protein people need and biodiversity we love and find beautiful.”

For the study, the researchers observed Montipora digitata coral along the Great Barrier Reef during two spawning seasons back to back in 2015 and 2016.

The spawning season in 2015 was healthy, but in 2016 there was a mass coral bleaching event. The researchers used DNA sequencing to identify which corals had the potential to shuffle their symbionts. Algae cell numbers and types differed drastically between the two spawning seasons.

Montipora digitata corals carefully pass on their algae communities to their offspring, and the researchers found that in 2016 the corals packaged shuffled algae in their eggs which gives their offspring a fighting chance to adapt to environmental stresses.

The study shows that coral offspring can inherit resistance and adaptability from their parents, but at the fast rate of climate change, it still may not be enough to help corals survive in the future.

“Corals have more mechanisms than we thought to deal with climate change, but they’re fighting with a tiny sword against a foe that’s like a tank,” said Kenkel. “Their adaptability may not be enough. They need time so they can adapt.”

The researchers published their findings in the journal Scientific Reports.