How coral reef fish decide to flee from danger • Earth.com 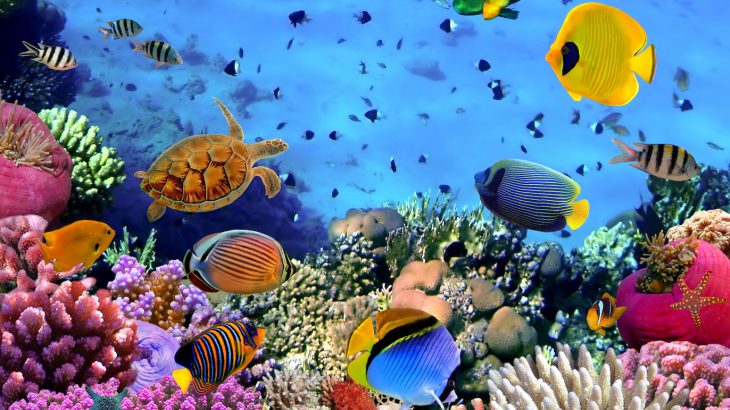 How coral reef fish decide to flee from danger

The ability to flee in response to danger is instinctive throughout much of the animal kingdom, and many laboratory studies have shed light on the neural circuits that control the escape response.

However, researchers have been unsure if, under different circumstances, the neural circuits would operate differently because testing escape responses in natural settings is challenging.

Researchers from the University of California, Santa Cruz and the National Oceanic and Atmospheric Administration Fisheries conducted a study to test and analyze escape responses of coral reef fish in the wild.

The study was published in the journal Proceedings of the National Academy of Sciences and the results show that fish are governed by the same set of rules that lab fish are when trying to escape a threat.

“We took an approach used in laboratory studies into a complex, natural environment and found that the same behavioral mechanisms seem to apply,” said Andrew Hein, the first author of the study. “A set of simple rules are combined in different ways to generate a rich suite of behaviors to accomplish this fundamental goal: to avoid being killed.”

Coral reef fish are most vulnerable when they feed on algae in shallow reef flats. The researchers needed to find a way to simulate a threat from a predator like a moray eel or reef shark that would trigger the escape response in the wild coral reef fish.

To do this, the researchers used a waterproof tablet to play a recording of visual stimulus called the looming stimulus, which is a black dot that slowly gets bigger and bigger until it rapidly increases in size.

Next, the team analyzed the video recordings using automated tracking and ray casting, which is a map rendering technique used for computer graphics.

The researchers were able to reconstruct what each fish observed before deciding whether or not to escape. They found that fleeing depended on the size and growth rate of the looming stimulus, the location of other fish in the vicinity, and the proximity of a safe place to hide.

“This same behavioral circuit that neuroscientists identified in lab studies seems to be operating in the more complex natural environment,” said Hein. “But we also found something new: the sensitivity to the looming stimulus gets tuned up or down depending on the locations of other fish. If an individual is the closest one to the stimulus, it is much more likely to flee than if there is another fish between it and the threat.”