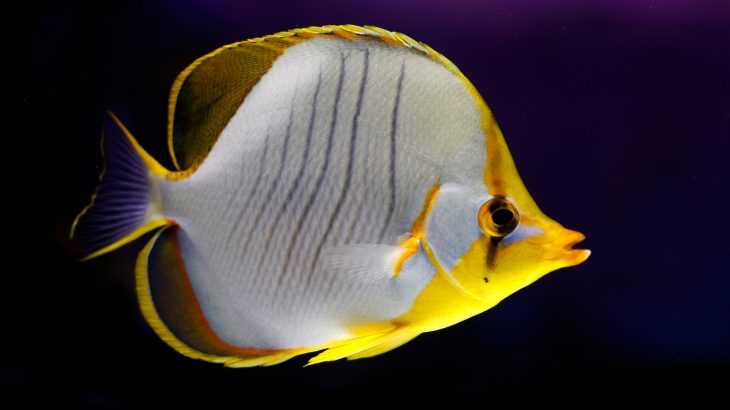 Coral reefs contain vibrant ecosystems of marine species that depend on the corals for food, shelter, and protection.

A recent study of farmerfish in French Polynesia offered hope to coral resilience in the face of climate change because warm ocean waters increase farmerfish aggression which can boost coral growth.

Now, a new study conducted by researchers from Lancaster University and the ARC Centre of Excellence for Coral Reef Studies found that warm waters have the exact opposite impact on aggressive butterflyfish.

Butterflyfish are sensitive to reef health, and so observing butterflyfish behavior could forewarn of a bleaching event.

The results were published in the journal Nature Climate Change and reveal that as ocean water temperatures increase, butterflyfish aggression cools down.

Over a two-year period surrounding a mass bleaching event in 2016, the researchers overserved 5,259 encounters between individuals of 38 different species of butterflyfish.

The team spent over 600 hours observing butterflyfish across 17 reefs in the central Indo-Pacific in Japan, the Philippines, Indonesia and Christmas Island in the Indian Ocean.

A year following the 2016 bleaching events, butterflyfish populations around the reefs kept their numbers, but their behavior changed drastically.

“We observed that aggressive behavior had decreased in butterflyfish by an average of two thirds, with the biggest drops observed on reefs where bleaching had killed off the most coral,” said Sally Keith, the leader of the study. “We think this is because the most nutritious coral was also the most susceptible to bleaching, so the fish moved from a well-rounded diet to the equivalent of eating only lettuce leaves – it was only enough to survive rather than to thrive.”

The researchers say that butterflyfish could provide a warning system for reef health and that behavior changes may be an indicator of habitat decline and environmental threats.

“This matters because butterflyfishes are often seen as the ‘canaries of the reef’ due to their strong reliance on coral, they are often the first to suffer after a disturbance event,” said Nathan Sanders, a co-author of the study.