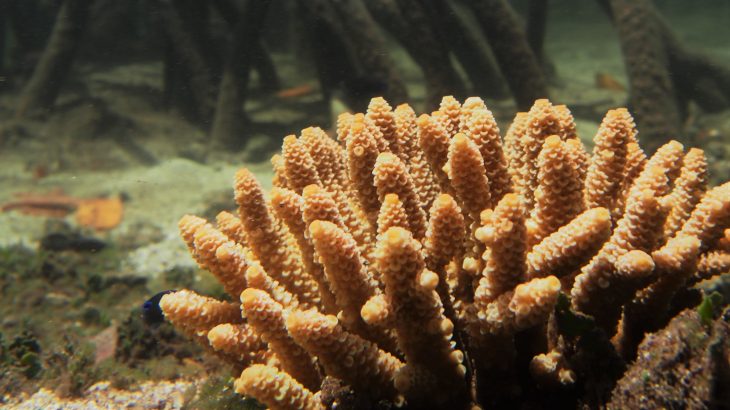 Corals have been documented growing in extreme environments in mangrove lagoons along the Great Barrier Reef for the first time.

Some coral species may be better suited to adapting to climate change compared to others, but researchers are still trying to understand exactly how reefs will respond to climate change or if corals can recover after mass bleaching events.

Researchers from the University of Technology Sydney studied “extreme corals” growing around typically hostile mangrove lagoons to better understand coral resilience and how the corals are responding to environmental stressors.

The researchers surveyed 250 kilometers of the Great Barrier Reef and visited eight lagoons.

Thirty-four species of coral were identified by the researchers, and the water in the lagoons had low pH levels, low oxygen levels, and variations in temperature and yet the corals in these areas survived.

“This highlights the need to study environments that would usually be considered unfavourable to corals in order to understand how stress tolerance in corals works,” said Dr. Emma Camp, the corresponding author of the study. “There is a lot we don’t know. For example are these extreme corals already at their limit, can they survive more stress, if we transplant them to more stable environments will they maintain their stress tolerance?”

After analyzing samples of the extreme mangrove corals, the researchers discovered that corals utilize a helpful photosynthetic strategy that trades fast growth for survival.

This tradeoff is potentially good news and could indicate that mangrove lagoon corals can adapt to future stressors.

“It’s likely these mangrove lagoon corals have the best chance to persist into the future given that they are already conditioned to the complex interaction of warmer waters, ocean acidification, and deoxygenation predicted for reefs under climate change,” said David Suggett, a co-author of the study.

The researchers call for increased protections in these lagoons where corals have been spotted to ensure the corals’ future survival.

The study findings were published in the journal Marine Ecology Progress Series.