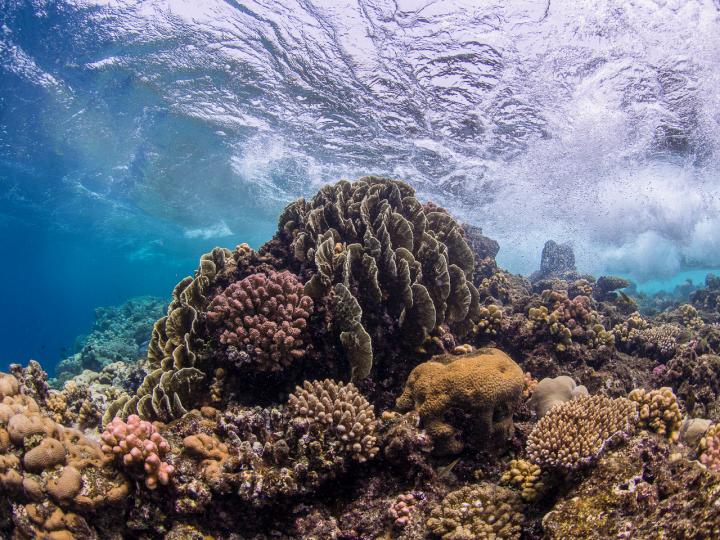 Tiny bacteria could be the key to protecting coral reefs from climate change. The microorganisms may boost coral resilience, allowing the delicate reefs to adapt to warmer temperatures and environmental pollution.

As scientists brainstorm the best way to preserve endangered coral reefs, a team of researchers from the University of Konstanz set out to study how coral might be saved from predicted rising global temperatures. Led by Dr. Christian Voolstra, the scientists investigated two coral species that have different relationships with bacteria.

Acropora hemprichii may associate with various types of bacteria, while Pocillopora verrucosa consistently harbors only certain microorganisms. The team studied the coral resilience of the two species at various sites in the Red Sea – a region greatly affected by human activity – over 21 months.

To ensure the test corals weren’t affected by genetic variations, the team used coral fragments from the same colonies – one for each species – for the various tests.

“We could show that some corals respond flexibly to changing environmental conditions by associating themselves with certain bacteria, while other corals looked the same everywhere,” Voolstra said in a press release about the research.

The researchers found that coral resilience may rely on being able to form relationships flexibly with bacteria. Generalist coral species like A. hemprichii adapt better to changing water temperatures and pollution because they can associate with new and different bacteria without going through an evolutionary process to develop the new relationship.

Species like P. verrucosa, on the other hand, seem to suffer when their preferred bacteria is not available. But that doesn’t mean they can’t adapt.

“We must remember that the species we examined are those that have survived the tremendous changes of the past decade – thus, both types of corals harbor successful strategies,” Voolstra said.

Coral resilience is increasingly important as mass bleaching of reefs affects the fish species that depend on them.

Figuring out how to boost coral resilience in addition to recovering and replacing bleached coral could be key to protecting marine species.