Creativity does not necessarily peak during youth, research shows • Earth.com 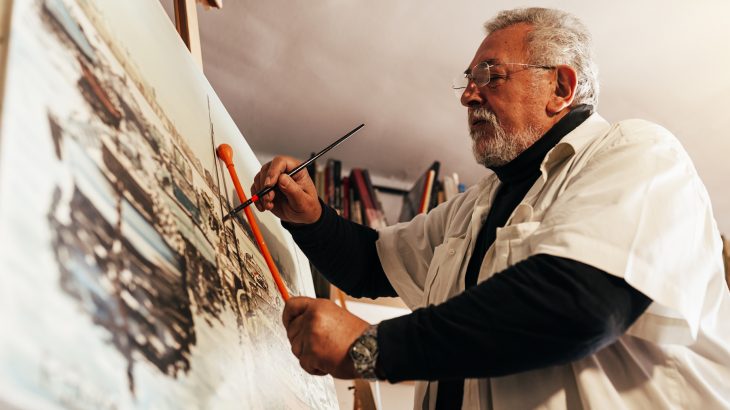 Creativity does not necessarily peak during youth, research shows

According to new research from The Ohio State University, creativity does not peak just once in our lifetime. The experts found that creativity has two separate life cycles – one that peaks during the early adult years and one that heightens much later in life.

The study, which was focused on winners of the Nobel Prize in Economics, revealed that creativity hits a high point in the mid-20s and again in the mid-50s. The findings support previous work by the same research team, which identified similar trends in the arts and also in other fields of science.

“We believe what we found in this study isn’t limited to economics, but could apply to creativity more generally,” said study lead author Professor Bruce Weinberg. “Many people believe that creativity is exclusively associated with youth, but it really depends on what kind of creativity you’re talking about.”

The analysis showed that the Nobel Prize winners who had their biggest achievements early in their career were most often “conceptual” innovators. According to Weinberg, these individuals challenge conventional wisdom and have a sudden breakthrough early on, before becoming immersed in the traditionally accepted theories of the field.

On the other hand, there are also “experimental” innovators, who accumulate knowledge throughout their careers and find new ways of analyzing and interpreting the information. After long periods of trial and error, the effort often pays off late in their career.

“Whether you hit your creative peak early or late in your career depends on whether you have a conceptual or experimental approach,” said Weinberg.

The researchers arranged 31 laureates on a list from the most experimental to the most conceptual based on specific characteristics of their most significant work. Next, the team used two different methods to calculate at which age the laureates were at the height of their creativity, which was measured by when they were cited most often.

The study is published in the journal De Economist.