Cyberbullying epidemic: 59 percent of teens have been targets • Earth.com 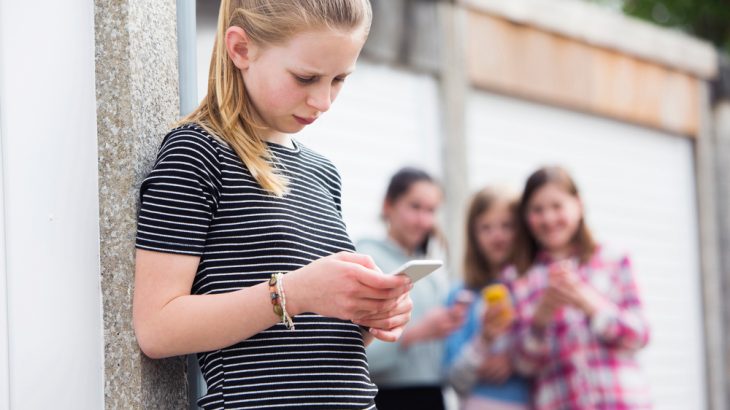 Cyberbullying epidemic: 59 percent of teens have been targets

Nearly 60 percent of teenagers in the U.S. have been harassed online in what is becoming a cyberbullying epidemic, a new survey reports.

A vast majority of teens – 90 percent – say that online bullying is an issue most teens face, and almost two-thirds called it a major problem, the Pew Research Center found. And while the teens think parents are addressing the cyberbullying epidemic, they feel let down by teachers, politicians and social media companies.

“The most common type of harassment youth encounter online is name-calling. Some 42 percent of teens say they have been called offensive names online or via their cellphone,” the report said.

Other teens reported seeing false rumors spread about them, someone besides their parents constantly demanding their attention or to know where they are, and bullies making physical threats, Pew said. And 7 percent said they’d been sent sexually explicit messages without their consent.

A separate survey of parents found that 57 percent worried about their teens becoming victims of the cyberbullying epidemic.

Pew sent surveys to 743 teens ages 13 to 17, and 1,058 parents in the United States between March 7 and April 10, 2018. The surveys showed that teens of both genders are targeted by online bullying in fairly equal numbers – but girls are more likely to be the victims of false rumors or sexually explicit harassment.

“Name-calling and rumor-spreading have long been an unpleasant and challenging aspect of adolescent life, but the proliferation of smartphones and the rise of social media has transformed where, when and how bullying takes place,” study lead researcher Monica Anderson told the Daily Mail.

Teens who are more connected become victims of the cyberbullying epidemic more frequently, the survey found. The 52 percent of teens who only checked their accounts a couple of times a day or less were less likely to be targeted.