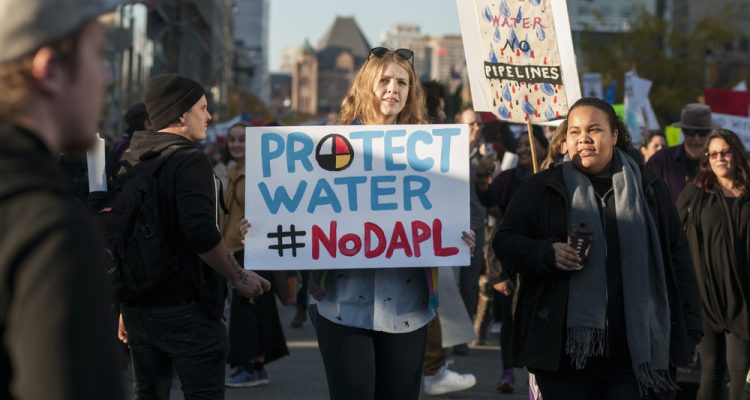 The Dakota Access pipeline is moving forward. In a statement on Tuesday, the United States Army Corps of Engineers said that it will grant the easement needed for the project to be completed.

The Corps has also terminated plans to issue an Environmental Impact Statement on the project – a process that President Donald Trump had asked to be expedited.

The announcement comes as a blow to protesters who have been camped out near Cannon Ball, North Dakota, for months. Those opposed to the Dakota Access pipeline say that it poses a danger because it will run underneath a lake that’s a source of drinking water for Native American tribes in the area.

Protesters briefly celebrated when the project was halted for some time in December – a decision made by the Obama administration. Even then, Energy Transfer Partners, the company responsible for building the pipeline, said that it was determined to complete construction without rerouting the pipeline.

This new development will set off a wave of litigation, with the Sioux tribe of Standing Rock promising to sue if the Corps doesn’t follow through with the promised environmental review.

“We stand ready to fight this battle against corporate interest superseding government procedure and the health and wellbeing of millions of Americans,” they said in a statement.

“This action will serve facilitate completion of the last mile and a half of the 1,172 mile pipeline, connecting the Bakken and Three Forks oil production areas in North Dakota to an existing crude oil terminal near Pakota, Illinois,” Robert Speer, the acting secretary of the Army, said in a statement.

Speer indicated that there was enough available data to support granting the necessary easement; or in other words, there is no longer any need for an Environmental Impact Statement.

Protesters are gearing up for the latest chapter in the battle as veterans groups make plans to return to Standing Rock and support them.