Scientists show up to Women's March to protest Trump • Earth.com 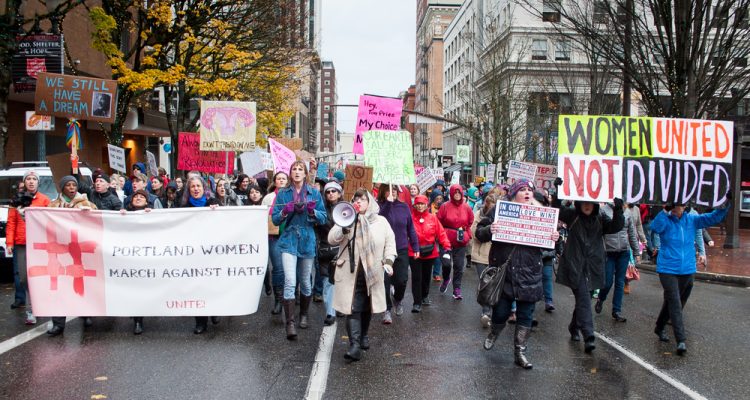 Scientists show up to Women's March to protest Trump

Protesters at the Women’s March in Washington DC showed up for a number of causes. Some went to show their support for women’s reproductive rights. Others marched to raise awareness about programs that fund domestic violence intervention. Some attended for their mothers, daughters, sisters, and themselves. Meanwhile, some marched for science.

A group of researchers were greeted with enthusiasm from the crowd when they appeared at the Women’s March on Saturday. Wearing white lab coats, they posed for photographs with supporters and spoke of their concerns about the impact that newly-elected President Trump could have on the scientific community as a whole.

Among the female scientists was geoscientist Erin DiMaggio of Pennsylvania State University. She expressed alarm at the Trump administration “not supporting evidence-based anything,” according to Nature.

Protesters discussed their concerns about a variety of comments made by Trump, as well as promises he made while on the campaign trail. From worries about government policy on vaccinations to fears that anti-immigrant resolutions could quell international collaborations between scientific researchers, the march gave women a chance to make their voices heard.

Approximately 150 to 200 of the participants were with 500 Women Scientists, a group that was formed in November 2016 to network female scientists, as well as defend science and equality for women. “Our scientific work may be global,” the the organization’s website says, “yet we will take action in our own communities and we will work towards an inclusive society, where science and knowledge can be embraced and everyone has the opportunity to reach their potential.”

Female scientists demonstrated on other continents. A group of 95 people participated from the McMurdo Station in Antarctica. They marched from the US research base to Hut Point, the location where British explorer Sir Robert Scott set up camp with his team in the early 1900s.