Dams release twice as much carbon as they store • Earth.com 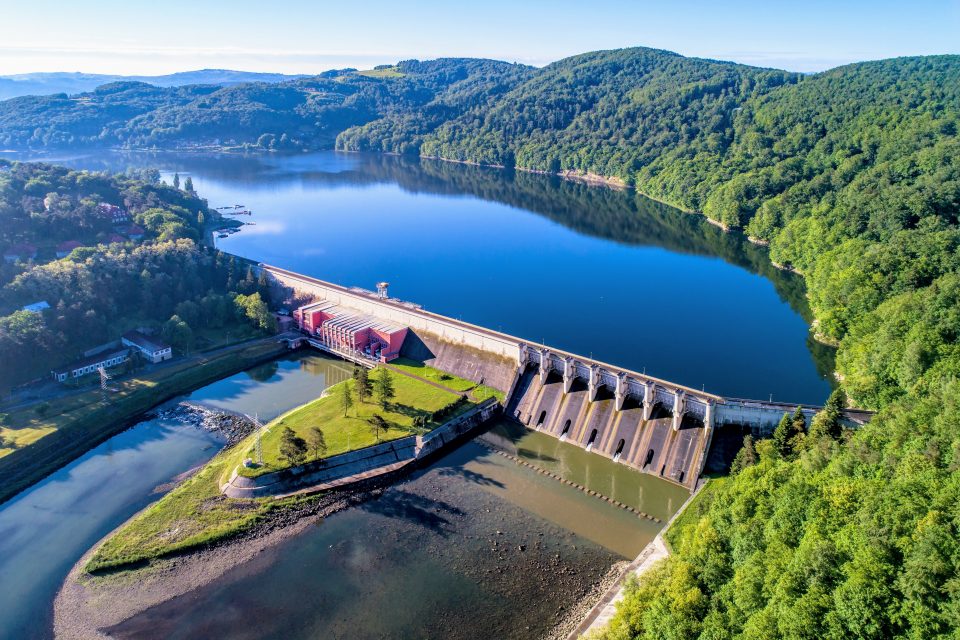 A new UFZ study has revealed that dams release twice as much carbon as they store. Up until now, it was believed that dams store enough carbon to compensate for their emissions.

Streams transport large amounts of organic matter, such as leaves and other plant materials, along with the carbon that it holds. If the water is dammed, this material gradually builds at the bottom of the water.

“Because of the lack of oxygen, the degradation processes are much slower down there. As a result, less carbon dioxide is released. The carbon contained is stored in the sediment of the dam for a longer time,” explained Dr. Matthias Koschorreck. “It had been assumed that dams store about the same amount of carbon than they release as greenhouse gases.”

In previous studies, the UFZ team demonstrated that if carbon-containing material comes into contact with atmospheric oxygen after it has been covered by water, the release of carbon dioxide is accelerated.

“Areas of water that are drying out thus release considerably more carbon than areas covered by water,” said study co-author Philipp Keller. “If large amounts of water are released by a dam, large areas are suddenly exposed. But these areas had not been considered when calculating the carbon balance. This is the knowledge gap that we close with our work.”

For the investigation, the researchers analyzed satellite imagery that contains monthly data on the size of water surface areas from around 6,800 dams worldwide between 1985 and 2015. For these three decades, the scientists were able to determine exactly when, where, and for how long the dams were not completely filled and how large the dry areas were.

The study revealed that, on average, 15 percent of the total reservoir surface was not covered by water. This finding allowed the scientists to calculate the carbon released from these areas.

“Our calculations show that carbon emissions from dams had been significantly underestimated. On a global average, they release twice as much carbon as they store,” said Koschorreck. “Their image as a net carbon store in the global carbon cycle must be reconsidered.”

The experts also found that the magnitude of dam water level fluctuations depends on their use and location.

“Fluctuations were more pronounced in dams used for irrigation than in those used for hydropower generation,” said Keller. “And in places where the annual precipitation pattern is more uniform – such as near the poles and around the equator – there were fewer large fluctuations in water levels than in the intermediate latitudes, where larger areas of the dams were often dry for much longer periods.”

“We hope that our study raises the awareness that areas that are drying out must also be considered when balancing carbon fluxes of natural inland waters,” said Koschorreck.

To gain a better understanding of the carbon balance of dams, the team plans to investigate the release of both carbon dioxide and methane, as well as the role of vegetation, in areas that have become dry.