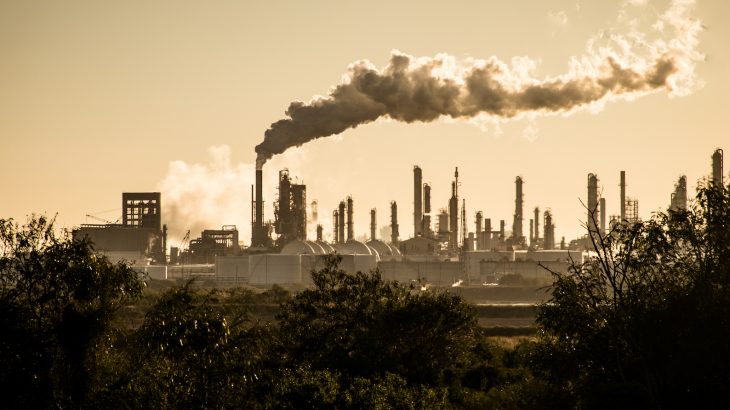 David Koch, billionaire and co-owner of Koch Industries, has been remembered in the media as a businessman, political activist, and philanthropist who helped reshape American politics. Koch died last Friday of unspecified causes although he’d long battled prostate cancer. He was 79.

Koch Industries is a multifaceted business involved in producing ethanol and agricultural products as well as CORDURA® fabric used in military uniforms and outdoor equipment. Koch industries was inherited by David and his brother Charles Koch from their father, Fred Koch. The two built it into the second largest privately owned business in America.

“Should any political party attempt to abolish social security, unemployment insurance, and eliminate labor laws and farm programs, you would not hear of that party again in our political history. There is a tiny splinter group, of course, that believes you can do these things. Among them are H. L. Hunt (you possibly know his background), a few other Texas oil millionaires, and an occasional politician or business man from other areas. Their number is negligible and they are stupid,” Eisenhower wrote to Edgar Newton Eisenhower in November 1954.

These are the causes that Fred Koch and later his sons championed, a small government with few taxes on the wealthy and few regulations if any in the way of increasing wealth.

Initially, David Koch tried to influence American politics directly by running for office. In 1980, David Koch was paired with Ed Clark as the libertarian vice presidential nominee. Given the political rules at the time, this allowed Koch to pour more money into a political race than would otherwise be legal. The platform that Clark and Koch ran on was one of abolishing Social Security and welfare, the Federal Reserve board, corporate taxes and the minimum wage.

The Libertarian Party only received one percent of the vote during that election, but it was the largest vote received by the party during an election at that point. Since his failed bid for Vice President, David Koch and his brother have been using their money to push change in American politics from behind the scenes.

Inline with their pro-industry and anti-regulation ideals, the Koch brothers pushed climate change denial as well. According to GreenPeace, the Koch brothers donated over $2 billion dollars to American Enterprise Institute (AEI), a conservative think tank, over the course of a decade. The Guardian reports that AEI offered cash payments of $10,000 to scientists and economists to dispute climate change science. David Koch painted himself as a ‘social liberal’ but there’s a clear connection between human rights and the environment.

As I’ve previously reported, people of color and the poor are more likely to suffer from industrial pollutants, smog and will probably shoulder the worst consequences of climate change as well. The Koch brothers didn’t support Trump but they pushed similar ideals, contributing to an atmosphere in America where he could be elected. David Koch also made sure to push an agenda allowing a larger voice for the ultra wealthy like he and his brother than those with less affluence.

The 2010 Citizens United court ruling allowed David and his brother broader power to influence elections and politicians. Through their non-profit Americans for Prosperity, the Koch brothers pushed a right wing anti-environment, pro-industry agenda.

CNN reports that both Koch brothers donated millions of dollars to several political campaigns designed at creating long term changes in American politics. Many see this change in American politics and the millions of dollars it allowed to flow into campaigns as what allowed the rise of the Tea Party and the Trump presidency. The Koch brothers were critical of Trump on trade and immigration but his views on deregulation and climate denial are completely inline with theirs.

While some media outlets like Fox News remember Koch for the small percentage of his $50 billion worth donated to charity, it’s worth noting that most of the charitable giving can be seen as self serving. Koch gave a lot of money to high profile causes like the American Museum of Natural History. Koch also gave $50 million to the Prostate Cancer Foundation after he himself was diagnosed with prostate cancer.

Just like with his political giving, Koch’s charitable giving was designed to profit him personally. How many remember the man, though, is through his determined effort to remove obstacles from big business exploiting the environment for their greatest benefit.

“David Koch lived long enough to see his dreams come true. Massive tax cuts for the rich, rampant environmental deregulation, America out of Paris accords. He got what he paid for.”

“He was 79, but his family says they wish he could live longer. At least he lived long enough to see the Amazon catch fire…”

Despite the death of David Koch, the threat he posted to the environment will continue on. Skepticism of climate change among conservatives is unlikely to change overnight and the non-profits that both brothers funneled billions into continue to operate. The tactics of quietly funding politicians without fully disclosing where the money comes from will go on. Industry with less legal responsibility will continue to pillage the Earth and the poor majority for a tiny fraction of the elite wealthy.