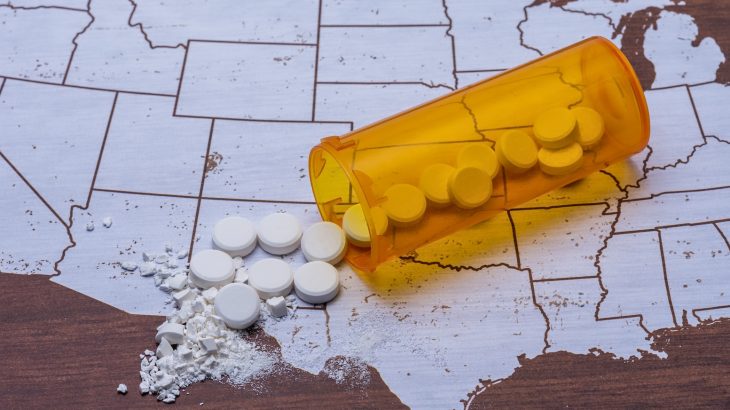 Deaths from suicide, alcohol, and drug-induced causes reached record highs in 2017, according to a new analysis of data from the Centers for Disease Control and Prevention (CDC).

Although deaths from overdoses and alcohol increased at a lower rate compared to 2016 and 2015, over 150,000 Americans died from causes related to drugs, alcohol, and suicide in 2017.

The analysis was conducted by the Trust for America’s Health and the Well Being Trust and researchers reviewed mortality data from the CDC to provide a clearer picture of mortality rates in connection to the rising opioid epidemic and the reported increases in suicide.

The analyses made a note of some worrying trends and higher-risk regions and age-groups.

People ages 35-54, men, and residents of West Virginia and New Mexico were more likely to have died from alcohol, drugs or suicide in 2017 compared to other age groups or states.

77 New Mexico residents per 100,000 died from the above-stated causes and in West Virginia that number was 91.

Mississippi and Texas had the lowest number of resident deaths in relation to drugs, suicide or alcohol per 100,000 in 2017.

Suicide rates have increased by 22 percent since 2008, and the rising death tolls from both suicide and synthetic opioids were one of the biggest takeaways of the report.

In 1999, fentanyl and synthetic opioid deaths accounted for four percent of deaths in the US, in 2017 that number skyrocketed to 38 percent.

The report discussed policies and interventions already in place to help people with addiction, treating drug and alcohol abuse, and limiting the supply of opioids.

However, while these intervention methods are important, the report authors say that unless more is done to target the root cause of addiction and the focus shifted to early prevention, intervention and drug policies will only go so far.

“These new data reinforce the need for a multi-faceted, multi-sector response, including the healthcare, mental health, public health, education, economic development, criminal justice, family service, and other sectors,” the researchers conclude in the report.