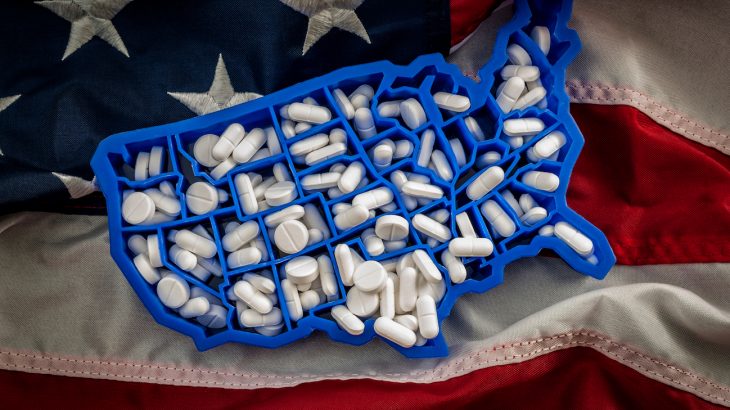 The United States may be a leading country in the global economy, but when it comes to life expectancy, the US keeps dropping in the ranks.

Rising drug overdose death rates in recent years have begun to impact life expectancy, and now a new study found that the US has the highest number of drug overdose deaths compared to other high-income countries like Sweden or Japan.

In the past two decades alone, drug overdose mortality has more than tripled, and researchers from the University of Southern California examined how life expectancy and drug overdose death rates in the U.S. compared to 18 other “peer countries,” or countries with similar economies.

The study, published in the journal Population and Development Review, is the most comprehensive international comparison of its kind to date.

“The United States is experiencing a drug overdose epidemic of unprecedented magnitude, not only judging by its own history but also compared to the experiences of other high-income countries,” said Jessica Ho, an author of the study. “For over a decade now, the United States has had the highest drug overdose mortality among its peer countries.”

The researchers used the data to compile drug overdose death rates for 18 countries based on year, sex, country and age between 1994 and 2015.

Before the early 2000s, Finland and Sweden had the highest rates of drug overdose deaths, but the researchers identified a shift and widening gap in life expectancy in the US.

By 2013, drug overdose in the US accounted for a 12 percent gap in life expectancy for men between the US and other high-income countries and an eight percent gap for women.

The National Safety Council announced that Americans are more likely to die of an accidental opioid overdose than in a car crash, which is a core part of the problem.

One potential driver of US drug overdose deaths is the opioid crisis along with a lack of substance abuse treatment available.

While the US is struggling with opioid dependency and high drug overdose deaths, the researchers say that soon other high-income countries may face similar problems and only further drive down life expectancies.

“The use of prescription opioids and synthetic drugs like fentanyl are becoming increasingly common in many high-income countries and constitute a common challenge to be confronted by these countries,” said Ho.