Debilitating human parasite is spread to dogs through fish • Earth.com 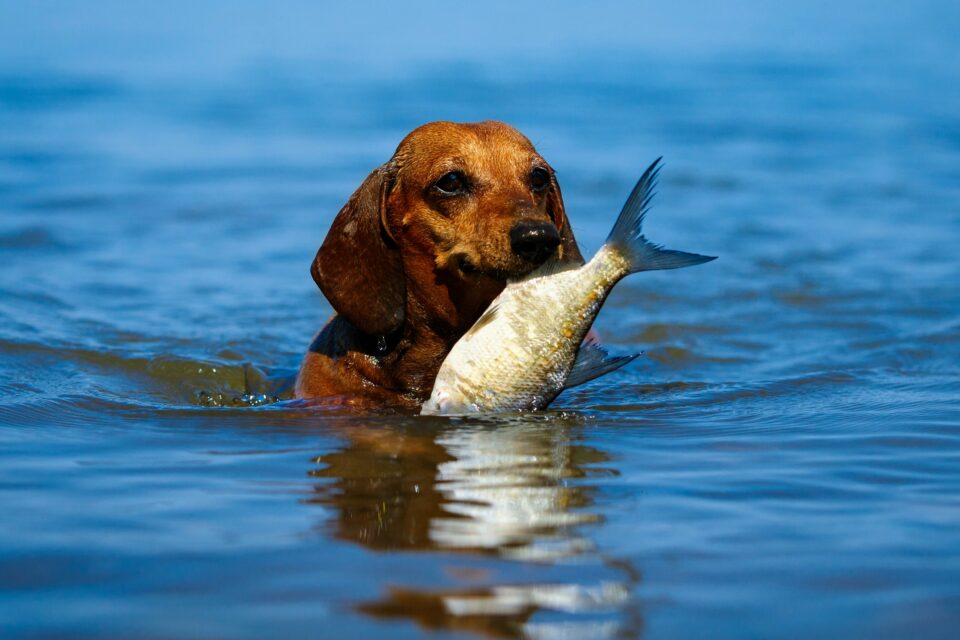 Debilitating human parasite is spread to dogs through fish

Guinea worm disease is generally caught by drinking water containing water fleas that carry the parasite’s larvae. The worms mate and grow inside the human body, and after 10 to 14 months a one-meter-long adult worm emerges, usually from an arm or a leg, in order to shed its new larvae back into the water. This dreadful disease causes disability and trauma in some of the world’s poorest communities in Chad, Ethiopia, Mali, and South Sudan.

While in the 1980s there were millions of Guinea worm disease cases per year, eradication programs have significantly improved the situation, lowering these numbers to only 27 in 2020, and giving hope that this will be the second disease to be fully eradicated, after smallpox.

However, new research led by the University of Exeter has found that domestic dogs are also harboring the parasite, with target surveillance showing that in 2020, 93 percent of Guinea worms detected worldwide were in dogs from Chad, South Africa.

By tracking hundreds of dogs with satellite tags to analyze their movements, and using forensic stable isotope analysis of dog whiskers to assess their diets, the scientists revealed a new vector of transmission for the Guinea worm: through dogs eating small fish or fish guts that were discarded by humans fishing on rivers and their lagoons, and that contained the parasitic larvae.

“Dogs are now the key impediment to eradicating this dreadful human disease,” said study lead author Robbie McDonald, a professor of Environmental Sciences and Sustainability at the University of Exeter.

“Our work shows that fisheries, and the facilitation of dogs eating fish, are likely contributing to the persistence of Guinea worm in Chad. The challenge now is that this pathogen must be eliminated not only from people but also from animals.”

“This is a clear example of where a ‘One Health’ approach to integrating health of people, animals and the environment is required to eradicate this debilitating human disease,” he concluded.