The consequences of declining snowpack in the western United States • Earth.com 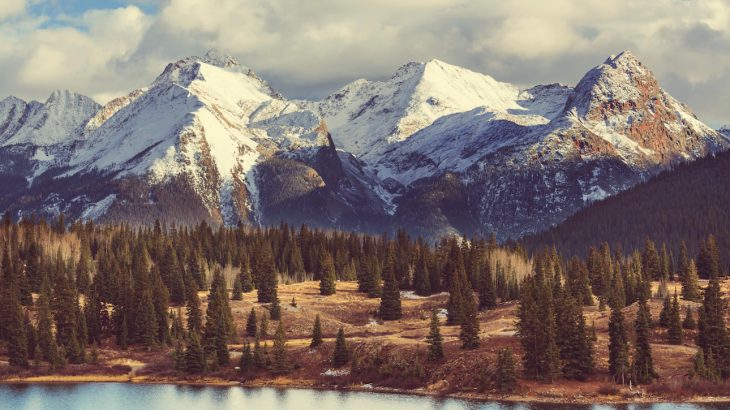 The consequences of declining snowpack in the western United States

You’d never know it simply by judging from accounts of dramatic winter weather, but the western United States actually had a record low snowpack last year, according to Scientific American.  Even more unfortunate, this doesn’t seem to be a fluke but part of an overall downward trend in winter snow for the western US.

Of course, there are nuances and despite the trend the short term weather remains unpredictable.  A ski resort near my hometown in western Colorado was recently sold and the new owners experienced an unexpected large amount of snow this winter, bucking the trend.  Nevertheless, reduced snow appears to be the new norm for western states despite such brief reprieves.

Science Daily reported last March on a study from Oregon State University that found 90% of sites sampled in the western US showed declines in snowpack, a third of those were determined to have significant declines.  Since 1915, overall the snowpack in western states has declined by 15 to 30% on average. The most obvious impact on the loss of snow is to the tourism industry.

It’s obvious that places like Colorado, Wyoming and Utah draw tourists to their ski resorts along with other western states like California and Oregon.  In an article from 2012, The Atlantic reported that the ski resorts in the US have an accumulated 60 million ski and snowboard days.  All of that skiing spread across the United States equated to $3 billion in business. At the time of the report in The Atlantic, the winter was the driest so far on record with snowfall down 80% at Vail Ski Resorts.  Despite less visits to the resort properties, profits didn’t drop. The same is true of last year, another record low snowfall year, according to The Salt Lake Tribune.

Part of the secret is offering ski passes at a relatively low price, making the sport accessible to more and creating more demand.  The bottom line is a profit increase of 6.6% through January 2018. Other sources of income such as lodging, food and retail at the resorts did decline despite profits in lift tickets and ski lessons.  Overall, the ski industry seems to be hanging on and making a profit for now, but it serves to highlight the delusional attitude towards water (whether it’s snow or a river) prominent in the western US.  How long can a ski resort be a viable business as snowfall continues to decline? Reality seems to be catching up to ski resorts. An article in The Coloradan reports that many resorts expect profit declines this year.

The drop in western snowpack is the equivalent water loss of Lake Mead, the west’s largest reservoir holding approximately 29 million acre feet of water.  Besides ski resorts, mountain snowpack ends up feeding western rivers and agriculture as it melts in the spring.  Snow is melting earlier in the spring, making the runoff feeding habitats, farms and cities less predictable.

Lake Mead is fed by snowmelt that runs into the Colorado River; 90% of the water used in Las Vegas comes from the famed reservoir.  An article from 2014 in The Slate reports on water conservation efforts in Las Vegas, pointing out that water usage goals in Nevada are unimpressive.

The Slate reported that at that time, Las Vegas was still using more water per capita than almost any US city.  Front lawns are illegal in Las Vegas but golf courses still remain, as they do in other desert cities such as Tucson, Arizona. The Water Authority of Las Vegas has a goal of reducing water consumption to 199 gallons per person per day by 2035 which is twice the water usage of California in 2014.  Ironically, newer houses in Las Vegas consume less water than older houses, promoting more building to reach a goal of less consumption per household in Sin City.

Of course, more houses may mean overall more water consumption, no matter how much the water usage is reduced on average per person.  The water that Las Vegas doesn’t use is pumped back into the Colorado River, meaning that how much water the city consumes has real consequences for people and wildlife downstream.  One of the unfortunate realities of the situation is farmers and fish miss out on water for what amounts to a desert mirage.

The mantra, ‘What happens in Vegas stays in Vegas’ creates the idea of a place where actions have no long term consequences.  You can get married by an Elvis impersonator and divorced the same day and it doesn’t matter. Fortunes are thrown away and won with the roll of a dice or the spin of a wheel.  Water is tossed into the Nevada desert with the same disregard of wealth and morality. The Bellagio hotel and casino advertises their fountains saying:

“There is nothing like seeing them in person. The Fountains of Bellagio were destined to romance your senses. Take in a spectacular show of thoughtfully interwoven water, music and light designed to mesmerize its admirers. It is the most ambitious, choreographically complex water feature ever conceived and it’s absolutely free for any visitor to enjoy… Fall in love with this unprecedented aquatic accomplishment”

The Bellagio isn’t alone in creating this fantasy either.  There are hotels in Las Vegas fashioned after castles with moats of water evaporating slowly into the desert air.  There are pirate ships on the famed Las Vegas strip which battle several times a day and sink into illusory oceans made of real water.  So much water is used for pure entertainment and luxury and it doesn’t matter so much if it’s recycled grey water or not because that water could be passed down stream to those who need it.  As the west continues to dry out and we use up aquifers and water levels at reservoirs drop to record low levels, it’s time we stop thinking of places like Las Vegas or the Colorado Mountains as places to party.  Instead, we need to look at these places as homes, for us and for wildlife. What happens to the snow will affect an entire interconnected region, even the hot desert cities.