New Deputy Secretary of the Interior has an alarming environmental record • Earth.com 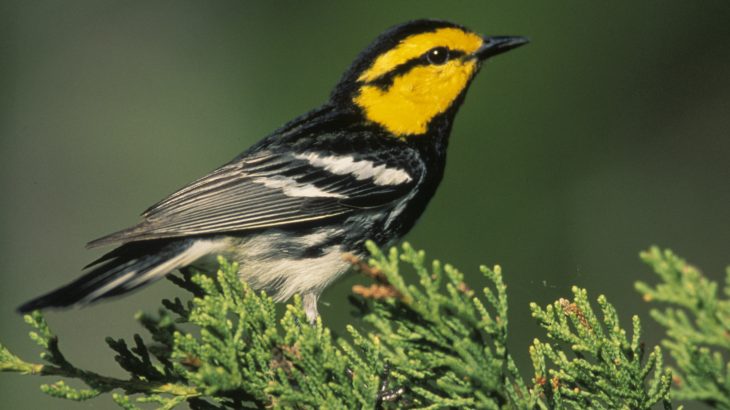 New Deputy Secretary of the Interior has an alarming environmental record

Since the departure of former Secretary of the Interior Ryan Zinke, it’s worth asking whether anything has improved in the leadership of the department.

After Zinke left the Department of the Interior in disgrace, assistant Secretary David Bernhardt stepped up to fill his place and seemingly carry on his legacy of environmental destruction and indifference. CNBC reported that just days after Bernhardt was confirmed in his new office, the Department of the Interior’s inspector general office confirmed they were investigating him for ethics violations. The violations seem to mainly stem from his own time as Deputy Secretary of the Interior. Outside Online reported that Bernhardt has been involved in at least 17 scandals so far.

Combs was responsible for overseeing the Endangered Species Act, a responsibility she largely saw to by trying to roll back wildlife protections. Trump’s Department of the Interior even suggested a full revision of the Endangered Species Act, High Country News reported. There is no surprise about Combs’ distaste for wildlife protections if you look further back in her history.

Before her time in the Department of the Interior, Combs worked as comptroller of Texas, where she is a native. As Texas Land Commissioner, Combs argued that protections for the Golden-Cheeked Warbler negatively impacted military readiness in central Texas. The argument was that because of the warbler, the military base operated under training restrictions, an opinion that was contradicted by officials at the military base. In fact at that time, there were no training restrictions because of the Golden-Cheeked Warbler. After the contradiction became apparent, Anne Idsal, George W. Bush’s chief aide, reached out to the staff of the three star general operating the base and within hours, their official story changed, claiming the bird was negatively impacting their training.

Combs has been critical of species protections throughout her career. The Washington Times reported in 2013 that as Texas Comptroller, Combs questioned the science behind the US Fish & Wildlife’s decision-making on listing species under the Endangered Species Act. Combs led Texas in setting aside $5 million to fight what she viewed as spurious listings on the Endangered Species Act.

Susan Combs was primarily asking for independent scientific review of the research done by the US Fish & Wildlife Service to determine eligibility for a species listing. In 2011, the Washington Times reported that there was a backlog of 251 species which the Department of the Interior had to decide to list for protection or not, a task that they agreed to complete in six years. Combs and other state politicians argued that the federal government didn’t have the capacity to scientifically make these decisions in that amount of time.

2011 was also an important year in Texas for endangered species. According to the Austin American-Statesman, that year the oversight of the Endangered Species Act in Texas was moved from Texas Parks and Wildlife where it had been managed for years. Instead, the Endangered Species Act was henceforth to be managed by the comptroller’s office, a move that Combs supported. Texas is the only state in which the top financial official is in charge of overseeing protection of wildlife.

Despite Comb’s call for more unbiased science used for endangered species protections, her own record shows a clear bias. Her own state’s research on the golden cheeked warbler is controversial, showing larger populations of the bird than previously suspected. The findings are also contradicted by US Fish & Wildlife Service which says the warbler should remain on the Endangered Species Act. The researcher that carried out the study was also on the board (with Combs) of Texas Wildlife Association, a land rights organization that already supported delisting the warbler.

Susan Combs has consistently been opposed to wildlife protections, even putting conservation and habitat conservation planning for the Dunes Sagebrush Lizard in the hands of the oil and gas industry working in the Permian Basin where the lizard lives, the Texas Observer reported. Combs is also a former visiting fellow of the Texas Public Policy Foundation, an organization funded by Koch Industries and oil companies, Western Values Project reports. Combs also has investments in oil and gas that have earned her recently as much as $2.1 million.

Obviously, Susan Combs has a track record that worries many environmentalists and those who care about the future of the Department of the Interior. Much like her boss and Ryan Zinke before him, Combs has ties to ranching and oil, interests she’s supposed to be working to manage against the weight of environmental and biological conservation. Still, Combs was confirmed, with a congressional vote of 57 yeas to 36 nays. It took almost two years of waiting, but Combs is officially the Deputy Secretary of the Interior.

It seems unlikely that Combs alone is more of a threat than others in the department or those who came before her, but there seems to be a shared vision of dismantling any protection for public lands or endangered species afforded under federal law. This is just part of the Trump administration’s continued history pushing environmental regulations out of the way of profit. In the end, it won’t be the rich that suffer from this short-sighted strategy, it will be the poor and those non-humans with no power to protect themselves.