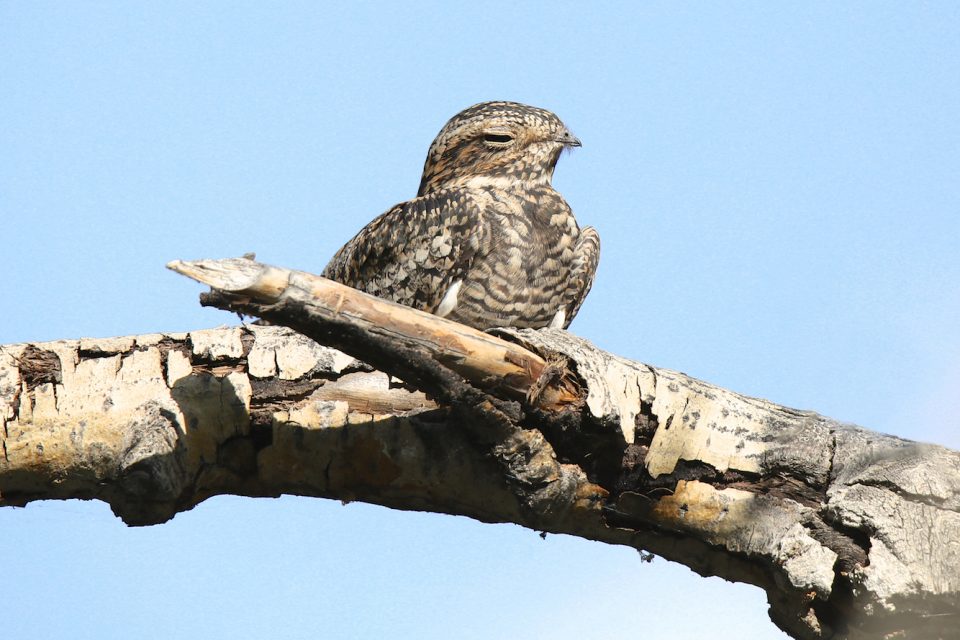 That broodest o’er the troubled sea of the mind

Till it is hush’d and smooth! O unconfin’d

Sleep is often considered a cousin of death. If that’s so, what then are hibernation, and its related states, estivation and torpor? Given that these states involve substantially lowered metabolic rates and body temperatures, and frequent insensibility to environmental stimuli, they might be even closer relatives of the eternal slumber. Brothers and sisters, perhaps.

In fact, though, these evolutionary strategies allow animals in harsh environments to hold onto their mortal coils, not shuffle them off. The mammals, reptiles, amphibians, and invertebrates that undergo these states often live in climates that become extremely hot or extremely cold during portions of the year.

As such, temperature has long been considered the primary driver of such adaptations, at least in popular depictions. Dormancy is found in both homeothermic animals, which produce their own heat, and ectothermic animals, which rely on external heat sources. Hibernating bears and rodents wait out the winters in warm burrows, subsisting on stored fat (or, in the case of some rodents, stored food that is eaten when they periodically wake up).

Estivating reptiles, amphibians, and even fish that live in climates with a prolonged dry season retreat underground and enter a quiescent phase until the rains come. Reptiles and amphibians in temperate climates hibernate too, and a few desert mammals estivate.

While climatic variation is indeed a key driver of dormancy in animals, recent research has suggested that other factors may have shaped the evolution of dormancy as well. Parasite loads may be decreased, intraspecific competition may be reduced, water conservation may be increased, energy storage during migration may be enhanced, and reduced food supplies may be better tolerated in animals willing to shelve themselves for a period of time.

This complex array of factors appears to have influenced the habits of the common poorwill (Phalaenoptilus nuttallii), a bird in the order Caprimulgiformes, which comprises the nightjars, whippoorwills, frogmouths, and their relatives. Native to the grasslands, patchy forests, and deserts of western North America, the common poorwill is the only bird known to enter a state resembling hibernation.

It’s worth noting, though, that some 100 species belonging to some 11 orders of bird, among them the Apodiformes (hummingbirds, swifts), Caprimulgiformes, Ciconoiiformes (vultures), Coliformes (colies), Columbiformes (pigeons), Cuculiformes (cuckoos), Falconiformes (falcons), and Passeriformes, are known to enter states of torpor, which is essentially a briefer period of hibernation-like behavior in which metabolism may drop by as much as 90% and body temperature is also substantially lowered. Some do so only seasonally, while others, notably hummingbirds, swifts, and many members of the Caprimulgiformes, do so on an almost daily basis.

This is known as heterothermy; while these animals can produce their own body heat, they can also drop their own temperatures to levels that might seem unlikely to support life. Heterothermy is most common in diurnal birds that rest during the nighttime hours, though the largely nocturnal Caprimulgiformes do so during the day. By lowering their metabolic rates, which may be quite high when they are not torpid, they conserve valuable energy resources.

In the common poorwill, this torpid state verges into an extended period of dormancy that closely resembles the hibernation observed in mammals and other classes of animal. The Hopi Native Americans called it Hölchoko, the sleeping one.

This was first documented in 1946 by Edmund Jaeger in the Colorado Desert of California. The common poorwill enters a state of torpor that lasts up to 86 days, per Jaeger’s research. Unlike most other hibernating animals, the poorwill enters its state of suspended animation in relatively exposed areas. Jaeger first noticed a hibernating poorwill in a crack on a cliff wall. He was able to pick the bird up and he and his students even shouted in a futile attempt to wake it. The dormant bird’s only reaction was to crack an eye. Jaeger popped it back into its crevice and ten days later, when he returned, it was still there, unmoved. The bird’s temperature was measured at 64°F, perhaps 40% lower than that of most birds. It was found in the exact same crevice during three consecutive winters.

The motivations for this adaptation are somewhat more complex than simple variance in climate. Food does appear to be at least one factor, perhaps the dominant one. In laboratory studies, common poorwills have been induced into torpid states by food deprivation. Because the northernmost populations migrate south and thus overlap with the territories of their southern conspecifics, and those of other migrants, food competition may be particularly intense in the winter.

In the arid environments that common poorwills inhabit, this is more of a problem than it might be in a fecund tropical jungle swarming with insects year-round. Why not hunker down and wait out the bickering and competition that would be sure to ensue if every poorwill in the area were lunging after the paltry few insects available? So it is that climate, niche, ecosystem, and competition for prey have converged to produce this unique animal.

Indeed, recent research indicates that this may also be the case in related birds that become torpid for less dramatic periods of time. A relative in Africa, the freckled nightjar, inhabits somewhat similarly arid habitat and also appears to enter torpor during suboptimal times, though usually for periods of hours rather than weeks. Research has tied this species’ habits to the lunar cycle and has hypothesized that the low visibility on nights with waning moons detracts from the nightjar’s ability to spot its insect prey. The owlet-nightjar of Australia exhibits similar patterns of torpor, though this had not been tied to the lunar cycle as in its African relatives.

Interestingly, like hibernating mammals, common poorwills appear to briefly arouse every so often in response to either sun warmth or their own circadian rhythms. Then, after cracking an eye and reassuring themselves that they are still alive, they power down again. And, one assumes, dream of buggier days.