Dinosaur migration was made possible by a major climate shift • Earth.com 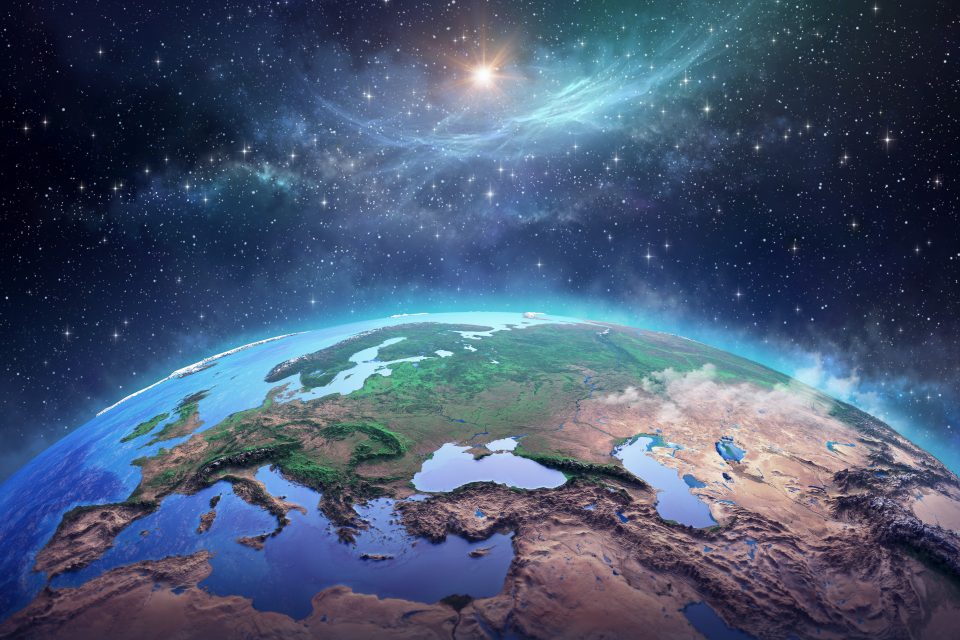 Dinosaur migration was made possible by a major climate shift

A major shift in atmospheric CO2 levels may have helped dinosaurs make a 6,500-mile journey from South America to Greenland, according to a new study from the Earth Institute at Columbia University.

A group of long-necked, herbivorous dinosaurs known as sauropodomorphs arrived in Greenland sometime between 225 and 205 million years ago.

The new study has matched ancient magnetism patterns in rock layers at fossil sites across South America, Arizona, New Jersey, Europe, and Greenland, to determine that the dinosaurs completed this migration around 214 million years ago. At this time, all of the continents were still connected as part of the supercontinent Pangea.

Fossil records show that sauropodomorphs first appeared in Argentina and Brazil about 230 million years ago, which raises the question of why it took them so long to expand into the Northern Hemisphere.

“In principle, the dinosaurs could have walked from almost one pole to the other,” explained study co-author Dennis Kent. “There was no ocean in between. There were no big mountains. And yet it took 15 million years. It’s as if snails could have done it faster.”

Kent estimated that if a dinosaur herd walked only one mile per day, it would take less than 20 years to make the journey between South America and Greenland.

Up until about 215 million years ago, the Triassic period had experienced extremely high levels of CO2 at around 4,000 parts per million. Between 215 and 212 million years ago, the CO2 concentration dropped by half. This would have been the same time that sauropodomorphs set out on their long journey to Greenland.

The study authors explained that on a planet supercharged with CO2, there were likely climate extremes that would have prevented the dinosaurs from migrating. “We know that with higher CO2, the dry gets drier and the wet gets wetter,” said Kent.

When the CO2 levels dipped 215 to 212 million years ago, the tropical regions may have become more mild, and the arid regions could have become less dry. Certain passageways may have developed, such as along rivers or lakes, that would have helped sustain the herbivores along the way to Greenland.

“Once they arrived in Greenland, it looked like they settled in. They hung around as a long fossil record after that.”

Kent said the idea that a dip in CO2 could have helped these dinosaurs to overcome a climatic barrier is speculative but plausible, and it seems to be supported by the fossil record.