Dinosaurs came to dominate the world in icy landscapes • Earth.com 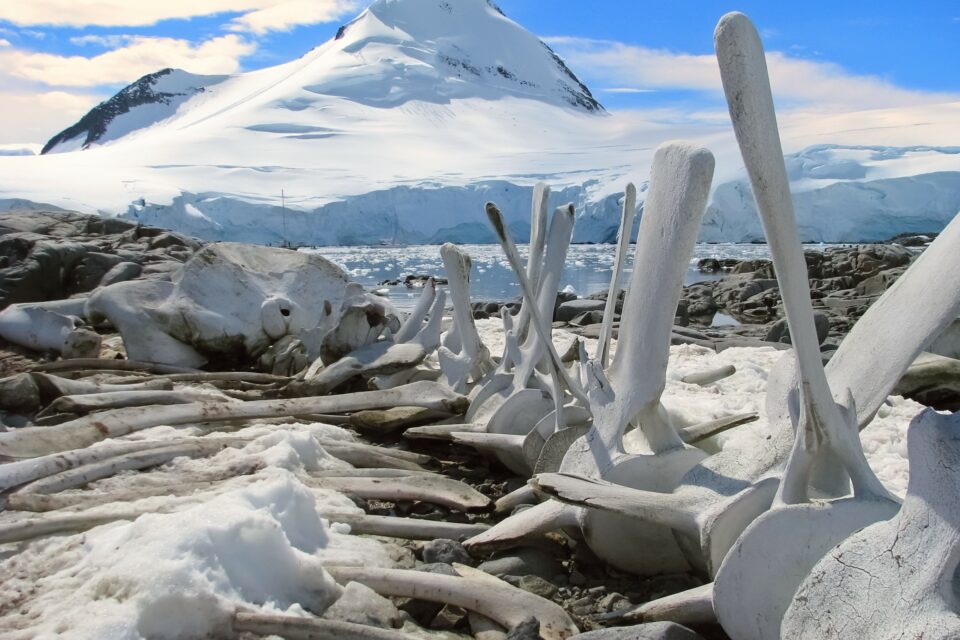 Although we are all fairly familiar with the tumultuous and fiery conditions surrounding the extinction of dinosaurs, 66 million years ago, we probably know less about the conditions prevailing 202 million years ago, during the extinction event that marks the boundary between the Triassic and Jurassic Periods. This is the time that mass extinctions of large terrestrial reptiles opened a door into the future for the various dinosaurs that existed at the time, and heralded in the age of the dinosaurs.

As yet, no impact crater of sufficient size has been dated to the Triassic-Jurassic boundary so scientists look to other possible explanations for the mass extinctions that occurred. This was a time of changing climate, geological rearrangement and ocean acidification. The world was generally hot and steamy during the Triassic Period, which preceded the extinction, but this began to change as the Jurassic progressed, along with its proliferation of dinosaurs. Most of the world experienced drastic changes in climate, as indicated by geological evidence.

A new study, conducted by an international team of scientists, turns the idea of heat-loving dinosaurs upside down. The study reports on finds excavated in the remote desert of northwest China’s Junggar Basin, where ancient shallow lakes accumulated sediments dated at 206 million years of age. These sediments formed during the late Triassic, through the period of the extinctions, and into the Jurassic.  The excavations have revealed the first physical evidence that Triassic dinosaur species – then a minor group largely relegated to the polar regions – survived conditions of ice and snow.

“Dinosaurs were there during the Triassic under the radar all the time,” said lead author Paul Olsen, a geologist at Columbia University’s Lamont-Doherty Earth Observatory. “The key to their eventual dominance was very simple. They were fundamentally cold-adapted animals. When it got cold everywhere, they were ready, and other animals weren’t.”

The physical evidence upon which the scientists base this conclusion include fossilized footprints that show dinosaurs were present around the edges of the ancient lakes in the Junggar Basin, along with some unusual rock fragments that could only have got to the lakes if they had been transported there by ice. At the time, the Junggar Basin lay at about 71 degrees north, well above the latitude of the Arctic Circle.

The study’s authors propose that, during the extinction time, cold snaps that were already occurring at the poles spread to lower latitudes, killing off the dominant coldblooded reptiles that were not cold adapted. Dinosaurs, particularly those living at high latitudes such as at the Junggar Basin, were already adapted to cold conditions and they are thought to have survived the evolutionary bottleneck and spread out across the Jurassic world thereafter.

Dinosaurs are thought to have first appeared during the Triassic Period in temperate southerly latitudes about 231 million years ago, when most of the planet’s land was joined together in one giant continent called Pangea. By about 214 million years ago, dinosaurs had dispersed to the far northern latitudes and they remained established there until the mass extinction at 202 million years. Until the mass extinction occurred, the tropical and subtropical regions in between the poles were dominated by reptiles that included relatives of crocodiles as well as thecodontosaurids, trilophosaurids and other fearsome creatures.

During the Triassic, and for most of the Jurassic, atmospheric concentrations of carbon dioxide ranged at or above 2000 parts per million, which is five times today’s levels and would have given rise to increased temperatures. There is no evidence of polar ice caps from that time, and excavations have shown that deciduous forests grew in polar regions. However, some climate models suggest that the high latitudes were chilly some of the time; even with all that CO2, they would have received little sunlight much of the year, and temperatures would decline at least seasonally. But until now, no one has produced any physical evidence that they froze.

At the end of the Triassic, a brief period of perhaps a million years saw the extinction of more than three quarters of all terrestrial and marine species on the planet. Some animals living in burrows, such as turtles and a few early mammals, did survive. It is unclear exactly what happened, but many scientists connect it to a series of massive volcanic eruptions that probably altered the conditions of the atmosphere, causing spikes in carbon dioxide, high temperatures and acidification of the oceans. At this time, Pangea began to break up and form the Atlantic Ocean, as well as separating the Americas from Europe, Africa and Asia. This would have caused upheaval and changes in habitats and ecosystems.

The authors of the new study also cite another factor that could have contributed to extinctions. During the fiercest volcanic eruptions, sulfur aerosols would have spewed into the atmosphere, deflecting so much sunlight that volcanic winters would have affected the entire planet. These winters might have lasted a decade or more; even the tropics may have seen sustained freezing conditions. This killed uninsulated reptiles, but cold-adapted, insulated dinosaurs were able to hang on, say the scientists.

The researchers hypothesize that evidence from these cold snaps is found in the abundant small pebbles (up to about 1.5 centimeters across) that are present in the fine sediments at the bottom of the ancient lakes in the Junggar Basin. They are far from any apparent shoreline and should not be present there at all. The only plausible explanation for their presence is that they were ice-rafted debris (IRD).

When ice forms against a coastal landmass, it gets bits of the underlying rock stuck in it.  At some point the ice gets loose and drifts away into the open water. When it melts, the rocks drop to the bottom, mixing with normal fine sediments. Geologists have extensively studied ancient IRD in the oceans, where it is delivered by glacial icebergs, but rarely in lake beds; the Junggar Basin discovery adds to this scant record. The authors say the pebbles were likely picked up during winter, when lake waters froze along pebbly shorelines. When warm weather returned, chunks of that ice floated off with samples of the pebbles attached, and later dropped them to the bottom of the lake.

“This shows that these areas froze regularly, and the dinosaurs did just fine,” said study co-author Dennis Kent, a geologist at Lamont-Doherty.

But how, exactly did dinosaurs manage to survive these icy conditions? Evidence has been building since the 1990s that many non-avian dinosaurs, including tyrannosaurs, were covered in primitive feathers. The researchers propose that the main purpose of these feathers was probably insulation. There is also good evidence that, unlike the cold-blooded reptiles, many dinosaurs possessed warm-blooded, high-metabolism systems. Both qualities would have helped dinosaurs in chilly conditions.

“Severe wintery episodes during volcanic eruptions may have brought freezing temperatures to the tropics, which is where many of the extinctions of big, naked, unfeathered vertebrates seem to have occurred,” said Kent. “Whereas our fine feathered friends acclimated to colder temperatures in higher latitudes did OK.”

The findings, published in the journal Science Advances, defy the conventional imagery of dinosaurs, but some prominent specialists say they are convinced.

“There is a stereotype that dinosaurs always lived in lush tropical jungles, but this new research shows that the higher latitudes would have been freezing and even covered in ice during parts of the year,” said Stephen Brusatte, a professor at the University of Edinburgh. “Dinosaurs living at high latitudes just so happened to already have winter coats [while] many of their Triassic competitors died out.”

Randall Irmis, curator of paleontology at the Natural History Museum of Utah, and specialist in early dinosaurs, agrees. “This is the first detailed evidence from the high paleolatitudes, the first evidence for the last 10 million years of the Triassic Period, and the first evidence of truly icy conditions,” he said. “People are used to thinking of this as being a time when the entire globe was hot and humid, but that just wasn’t the case.”

Olsen says the next step to understand this period better is for more researchers to look for fossils in former polar areas like the Junggar Basin. “The fossil record is very bad, and no one is prospecting,” he said. “These rocks are gray and black, and it is much harder to prospect [for fossils] in these strata. Most paleontologists are attracted to the late Jurassic, where it’s known there are many big skeletons to be had. The paleo-Arctic is basically ignored.”