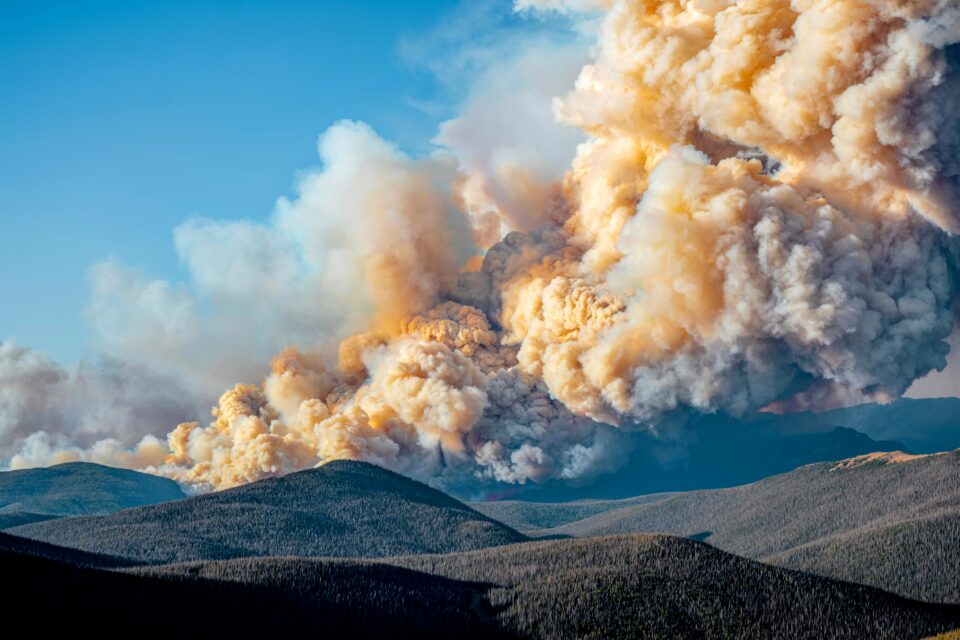 The end of the Permian period 252 million years ago, just before the age of the dinosaurs starting in the Mesozoic era was a tumultuous time. This was when the greatest mass extinction to date occurred, killing the majority of Earth’s species. New research published in the journal Palaios sheds new light on this extinction and the role of fires.

An increase in wildfires is often thought of as a mere symptom of climate change, which we are already seeing. Fires in California and Australia have shown how dangerous to wildlife such conflagrations can be.

Fires have happened recently in the Pantanal – a typically swampy region of South America that has been historically unaffected by fires. Now, they researchers see that the same pattern played out at the end of the Permian. They propose that wildfire was not only a symptom of climate change and extinction, but possibly contributed to it significantly.

“Sifting through the fossil plant records of eastern Australia and Antarctica, we found high abundances of burnt, or charcoalified, plants throughout the late Permian Period. From this high baseline, charcoal abundances reached a prominent peak right at the top of the last Permian coal beds, indicating a major but short-lived increase in wildfires. This was followed by low charcoal for the next three million years of the Early Triassic Period. It was an end-Permian burnout, followed by an Early Triassic depression,” said Dr. Chris Mays, lecturer of Palaeontology at University College Cork (UCC) and lead author of the study.

Wildfires in wetlands and forests destroy carbon sinks, thus acting as a feedback loop. Increased temperatures cause wildfires that release carbon into the atmosphere and cause an increase in temperatures.

“The potential for wildfires as a direct extinction driver during hyperthermal events, rather than a symptom of climatic changes deserves further examination,” said Dr. Mays. “Unlike the species that suffered the mass extinctions of the past, we have the opportunity to prevent the burning of the world’s carbon sinks and help avoid the worst effects of modern warming.”