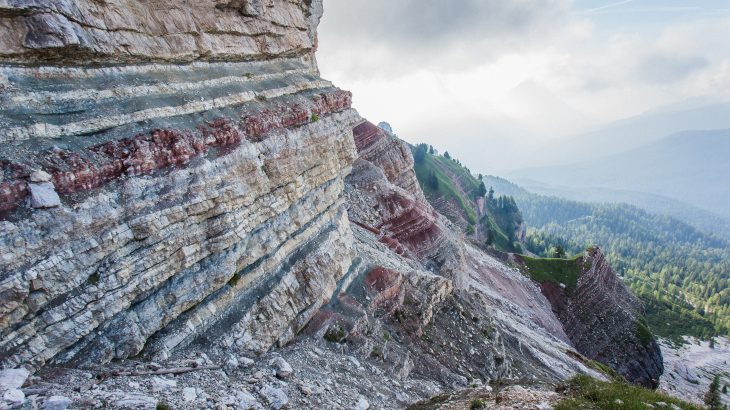 In a new study from the University of Utah, experts are describing an unusual time in Earth’s history when the climate abruptly shifted in the middle of the Triassic period about 237 million years ago.

Recent studies suggest that the volcanic eruptions caused the CPE, and that the resulting environmental conditions could have triggered  the early diversification of dinosaurs.

However, a lack of precise dates for many Carnian sediments has made it difficult for scientists to draw important comparisons. In addition, there is a lack of relevant data for many regions outside of Europe, and it has remained unclear whether the CPE was truly a global climate change event.

The new study was led by Adriana Mancuso, a National Scientific and Technical Research Council (CONICET) researcher in Argentina. She and her team have found evidence that the CPE affected South America, which supports the theory that the climate changed drastically on a global scale.

“There are ample Triassic, and specifically Carnian, rocks and fossils in South America, and Argentina in particular, but until now there were no paleoclimatic studies that could conclusively show that the Carnian Pluvial Episode occurred in the southern hemisphere,” said Mancuso.

The investigation was focused on Carnian rocks from the Los Rastros Formation, which is located in the Ischigualasto-Villa Unión Basin in northwest Argentina.

The experts managed to accurately date volcanic ash preserved in lake sediments for the first time, which allowed them to reconstruct the paleoclimate.

“Our study focused on these rocks because they had the perfect combination of a good fossil record, dateable ash layers, and rich climate data preserved in lake sediments,” said study co-author Randall Irmis.

The team investigated detailed features in the sediments, such as the types of clay preserved and carbon and oxygen isotopes in freshwater limestone layers. The analysis revealed clues about the temperature, humidity, and aridity at the time the sediments were deposited.

Evidence of this particularly warm and humid time in the southern hemisphere is also contained in layers of sediments where the fossil footprints of early dinosaurs or their closest relatives have been discovered.

“Our study suggests that the appearance of dinosaurs in South America could be linked to the CPE, but the data available worldwide remains inconclusive,” said Mancuso.

“To make a more robust global link between the CPE and dinosaur diversification will require many more detailed studies of paleoclimate with precise ages like we were able to do for the Los Rastros Formation in Argentina.”