Dinosaurs may have had pops of color like modern ducks • Earth.com 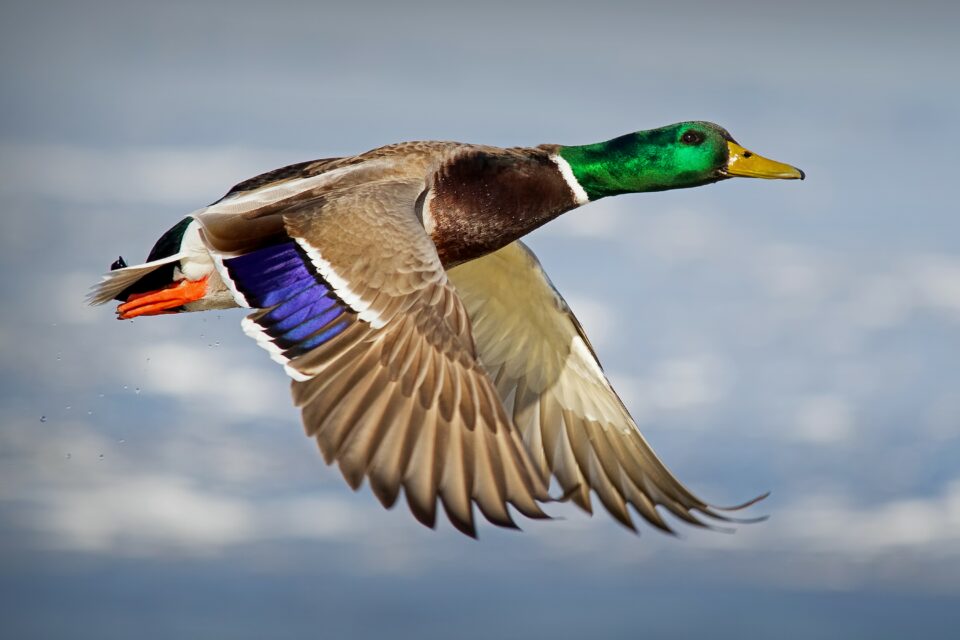 Dinosaurs may have had pops of color like modern ducks

Birds such as parrots and peacocks are well known for boasting bright and varied colors within their feathers to aid in the act of choosing a mate. Even common birds such as pigeons are colorful in places, such as their pink feet. However, until recently little has been known about the colors of the most ancient birds of all – dinosaurs.

New research from the University of Texas at Austin has been investigating the possibility that pops of colors were present on the bodies of extinct dinosaurs.

“Living birds use an array of pigments and can be very colorful on their beaks, legs, and around their eyes,” explained study lead author Sarah Davis. “We could expect that extinct dinosaurs expressed the same colors.”

The researchers came to this conclusion by analyzing the colors found on common ancestors of ancient archosaurs during the beginning of the Triassic period, and conducting phylogenetic reconstructions. Ancestors such as turtles, crocodiles and 4,000 different species of birds presented a 50 percent chance that the archosaur had bright colors within its body’s soft tissues including beaks, skin and scales.

Typically, these kinds of bodily colors come from carotenoids, pigments appearing as red, orange, and yellow tones that ultimately root from plant-based diets. These carotenoids do not fossilize well, hence why the researchers have had to study the color of living animals to result in their hypothesis.

“The earliest dinosaurs were pony-sized and ate large, vertebrate prey,” said study co-author Julia Clarke, a professor at the Jackson School. “Different groups shifted to plant-dominated or mixed diets. This shift likely led to changes in coloration of the skin and non-feather tissues.”

The research has also presented a new perspective on the colorfulness of living birds. Whilst the species studied are usually considered dull in color, the study found that over half of the 4,022 species had bright colors, with 86 percent of these hosting such colors on body parts other than feathers.

“There is so much more to birds’ color than their plumage – just think of the vibrant orange-yellow bill of a toco toucan – but feathers tend to get the most attention,” explained Mary Caswell Stoddard, co-author and associate professor at Princeton University. “This study unravels the evolutionary history of carotenoid-based coloration not just in plumage but also in the beaks and skin of birds and their relatives.”

The research findings have been published in the journal Evolution.