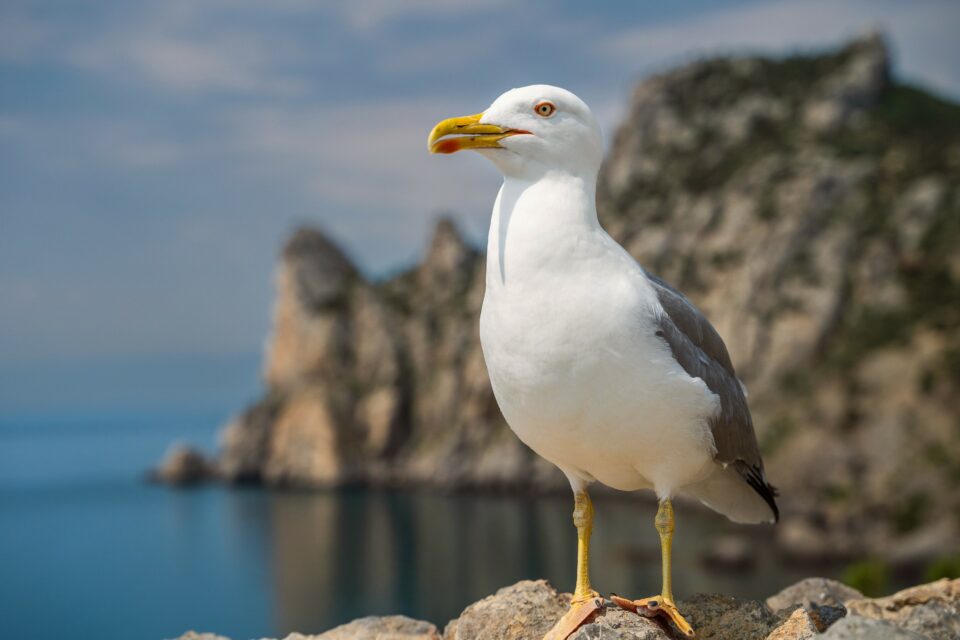 Migratory birds travel long distances, twice each year, to access feeding grounds in distant parts of the world. They are adapted to navigate these journeys successfully, and to withstand the extreme physiological demands of flying without stopping much along the way.

Now, new research published in Current Biology suggests another way in which migratory birds may be adapted to make these challenging migratory journeys – they may have lighter-colored plumage.

Kaspar Delhey of the Max Planck Institute for Ornithology, Seewiesen, Germany, along with his colleagues, had conducted previous studies on the effects of climate on bird coloration. The research showed that birds inhabiting regions with high temperatures and little shade had lighter coloration, in general. Light-colored objects absorb less heat and the researchers assumed that birds with pale plumage would be able to keep cooler in hot environments.

However, the researchers also came across other studies showing that migrating birds increase their flight altitude dramatically during the day and fly at much lower levels during the night. These other studies suggested that this phenomenon is driven by thermoregulatory needs: flying where it is cooler may help birds to cope with the daytime heat they absorb from the sun’s radiation.

“Because flying at high altitude is likely costly [energetically], these changes required an explanation,” said Delhey. “One possibility was that flying higher, where it is colder, would offset the heat absorbed by the plumage when the sun was shining.”

If migrating birds have to cope with problems of overheating while flying then it is also possible that they may have evolved lighter-colored plumage in order to reduce the absorption of heat radiated by the sun. Delhey and colleagues hypothesized that migratory species – especially long-distance migrants – should be lighter colored than resident species.

To test the relationship between plumage lightness and migration distance, they used the bird species described in the ‘Handbook of the Birds of the World’ (https://birdsoftheworld.org), and divided them into those that are resident, those that migrate over short distances (< 2,000 km), and those that are long-distance migrants (> 2,000 km). They then quantified plumage lightness (from 0 = black to 100 = white) by averaging pixel lightness values from the illustration plates in the handbook.

Furthermore, they found the same relationship in 12 of the 15 orders of birds, when they considered each order separately (for example within the passerines, cuckoos, ducks and geese, shorebirds, pigeons, pelicans, or cranes). This demonstrates a general association between lightness and migratory behavior across all birds.

“We found across nearly all species of birds, migratory species tend to be lighter colored than non-migratory species,” said Delhey. “We think that lighter plumage coloration is selected in migratory species because it reduces the risk of overheating when exposed to sunshine. Lighter surfaces absorb less heat than darker ones, as anybody wearing dark clothes on a sunny day can attest! This would be particularly important for long-distance migrants that undertake extensive flights during which they cannot stop to rest in the shade.”

Delhey notes that many factors influence bird coloration and light colors are but one of many ways that migratory birds can avoid overheating. His team will continue exploring the connections between migration, climate, and other selective factors that shape the evolution of plumage colors in birds.

The research is another reminder of the important role of temperature and climate factors in shaping the evolution of animal coloration. According to the researchers, the findings also have clear implications for understanding the impacts of global warming and potential adaptive evolutionary responses.