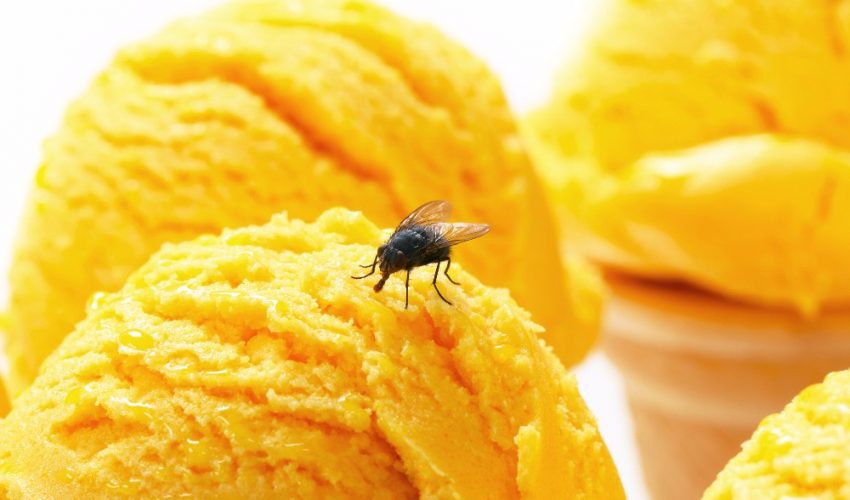 Picnic-lovers take heed: Disease-ridden flies carry a lot more germs than previously suspected. Between them, houseflies and blowflies alone house more than 600 bacteria, many of them linked to human illnesses, according to a new study.

An international team of biologists and entomologists collected sample flies from around the world and analyzed their DNA.

“We sampled 116 individual houseflies and blowflies from varying habitats on three continents and subjected them to high-coverage, whole-genome shotgun sequencing,” the study said.

They then used the DNA to analyze the flies’ microbiomes – communities of bacteria on their bodies.

They found that both houseflies and blowflies carry hundreds of bacteria – more than 350 for the housefly, and a little over 300 for blowflies. Many of the bacteria are pathogens like Helicobacter pylori, linked to stomach ulcers in humans.

The flies often feed on feces and decaying organic matter, the study said – ripe breeding grounds for bacteria. On top of that, their legs and wings showed the greatest diversity of bacteria, and were the most likely parts of the flies to transmit that bacteria to other surfaces. Burger fixings sitting uncovered for hours on a picnic table, for example.

The disease-ridden flies may transmit more illnesses to humans than epidemiologists and public health officials suspected, the researchers told the BBC.

“We believe that this may show a mechanism for pathogen transmission that has been overlooked by public health officials, and flies may contribute to the rapid transmission of pathogens in outbreak situations,” Dr. Donald Bryant, a study co-author at Pennsylvania State University, told the news agency.

Because flies are so widespread in most ecosystems, they play a large role in how bacteria is spread throughout a community, the researchers said.

“It will really make you think twice about eating that potato salad that’s been sitting out at your next picnic,” Bryant told the BBC.