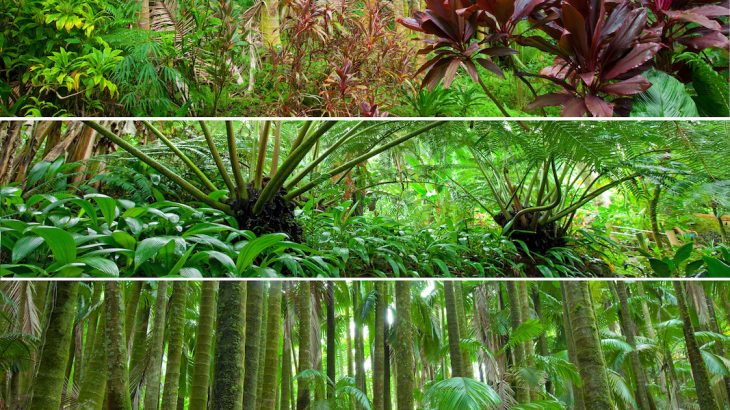 When it comes to the success of an ecosystem, populations of wildlife, reproduction and evolution, diversity is the key term.

A diverse array of species can spell the difference between thriving and extinction, as diversity in nature helps strengthen an ecosystem and improves resilience to a number of threats.

The same holds true for forests, according to a new study led by researchers from the University of Utah.

A diverse forest would be one with many different tree species, as opposed to one specific species or group.

Forests that have trees with a range of diversity when it comes to water use and management are more resilient to drought and wildfire risk, according to the results of the study published in the journal Nature.

The researchers found that hydraulic diversity, the traits of different tree species in a forest that manage water use, was the key predictor of a forest’s ability to combat drought.

Hydraulic traits in trees involve the way a tree moves water through its roots and leaves, how it stores and conserves water, and the hydraulic safety margin which is the difference between the amount of water movement a tree allows during dry conditions compared to the water minimums that drive the tree to shut down.

“We expected that hydraulic traits should matter,” said William Anderegg, who led the study. “but we were surprised that other traits that a lot of the scientific community have focused on weren’t very explanatory or predictive at all.”

For the study, Anderegg and colleagues collected and analyzed date from 40 forest sites around the world that were equipped with flux tower measurement instruments.

The flux towers are used to measure carbon, water, and energy flows from a forest as well as soil and moisture levels. This allows forest managers and researchers to see how much water is moving in and out of a particular area which is crucial during times of drought.

Data from the 40 sites were compared to what the researchers knew about each tree species and its hydraulic traits present in the different forests.

The forests that had more diversity of hydraulic traits among its trees were less likely to be negatively impacted by drought.

“The species present and the hydraulic traits they have seem most important for predicting resilience to drought at an ecosystem scale,” said Anderegg. We want to understand what’s the detailed physiology behind this resilience. What are the specific traits, either of different species or different populations, that give you resilience to future climate?”

Anderegg plans to continue studying hydraulic diversity and forest resilience, and the research offers new methods for combating both drought and forest fire.

“After we log a forest or a fire comes through, we sometimes think about planting a single species,” said Anderegg. “We should be thinking about the best mixes of multiple species for resilience.”