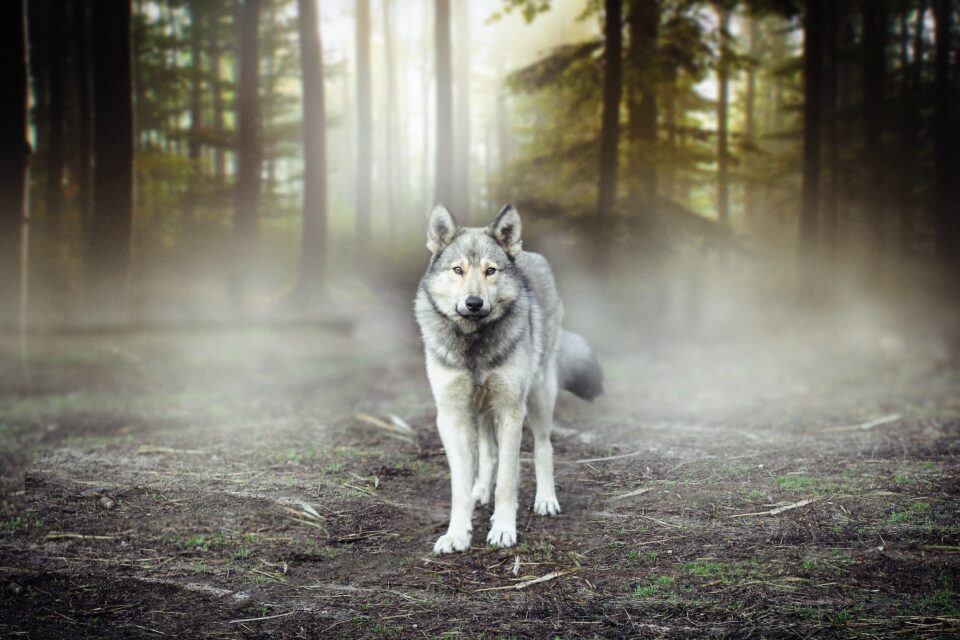 Dogs arose from wolves, somewhere between 20,000 and 40,000 years ago. They were the first species to be domesticated, long before humans petted kittens, herded sheep, cows, goats or pigs, and long before they planted rice, wheat, barley or corn. And yet, the exact timing, location and means by which wolves were tamed and made into companions is shrouded in mystery. Countless previous studies that have used the archaeological record or compared the DNA of dogs and modern wolves, have not been able to answer these unknowns.

Controversy exists not only around the timing of domestication, but also around the location and whether domestication was a once-off event or occurred on more than one occasion in history. The first genetic analysis, carried out in 1997, focused on the genetic differences between dogs and gray wolves and concluded that dogs may have been domesticated some 135,000 years ago. A later study by some members of the same group indicated that dogs originated in the Middle East.

Yet another analysis, which examined the DNA of 1,500 modern dogs and was published in 2009, argued that dogs were first domesticated in southern China less than 16,300 years ago. Then, in 2013, a team of scientists compared the mitochondrial genomes of ancient European and American dogs and wolves with their modern counterparts. It concluded that dogs originated in Europe between 32,000 and 19,000 years ago.

Clearly, there is as yet no definitive understanding of the details of domestication of our first and oldest animal companion.

A new study led by geneticists from the Francis Crick Institute.has now taken a different approach to the conundrum of dog domestication. Following a recent finding that dogs are not the descendants of modern gray wolves but rather of an ancient, unknown wolf species that has subsequently become extinct, the scientists decided to analyze the genomes of ancient wolves that were sourced from museum collections.

Working together with archaeologists from 36 different institutions, in 16 different countries, the researchers analyzed the genomes of 72 ancient wolves that had been excavated previously from archaeological sites in Europe, Siberia and North America. The specimens spanned the past 100,000 years in time and included a full, perfectly preserved head from a Siberian wolf that lived 32,000 years ago. Nine different ancient DNA labs then collaborated on generating DNA sequence data from the wolf specimens.

The results of the analysis, published today in the journal Nature, confirmed that dogs, both early and modern, are more similar genetically to ancient wolves from Asia than from Europe. This suggests that domestication occurred somewhere in the East. However, the researchers also found evidence that dogs have a dual ancestry, meaning that two separate populations of wolves contributed DNA to dogs.

There are a couple of plausible explanations for this finding. One possible explanation is that wolves underwent domestication more than once, with the different populations then mixing together. Another possibility is that domestication happened only once, and that the dual ancestry is due to these early dogs then mixing with wild wolves. It is not currently possible to determine which of these two scenarios occurred.

“Through this project we have greatly increased the number of sequenced ancient wolf genomes, allowing us to create a detailed picture of wolf ancestry over time, including around the time of dog origins,” said study co-first author Anders Bergström.

The researchers also used the data from the ancient wolf genomes to understand how wolf DNA changed during the 30,000 generations that were represented in their 100,000-year timeline. They were able to identify the effects of natural selection as particular genes spread within wolf populations.

For example, they observed that over a period of around 10,000 years, one gene variant went from being very rare to being present in every wolf, and it is still present in all wolves and dogs today. The variant affects a gene, IFT88, which is involved in the development of bones in the skull and jaw. It is possible that the spread of this variant could have been driven by a change in the types of prey available during the Ice Age, giving an advantage to wolves with a certain head shape.

“This is the first time scientists have directly tracked natural selection in a large animal over a time-scale of 100,000 years, seeing evolution play out in real time rather than trying to reconstruct it from DNA today,” said study senior author Pontus Skoglund, group leader of the Ancient Genomics lab at the Crick.

“We found several cases where mutations spread to the whole wolf species, which was possible because the species was highly connected over large distances. This connectivity is perhaps a reason why wolves managed to survive the Ice Age while many other large carnivores vanished.”

“Similar whole-genome time series from the Ice Age, in humans or other animals, could provide new information about how evolution happens.”