Science proves that your dog really does love you • Earth.com 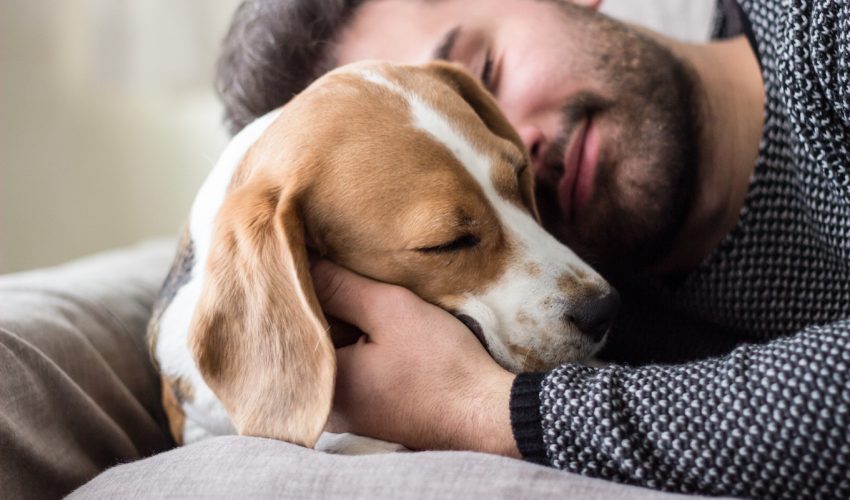 Science proves that your dog really does love you

Studies have shown that owning a dog helps keep people active, reduces stress and depression, and even improves overall cardiovascular health. New research reveals that the love dog owners have for their pets is also reciprocated, which is perhaps the greatest benefit of all.

When Dr.Gregory Berns lost his dog of many years, he wanted to know if his pet had loved him. Dr. Berns developed a study to demonstrate whether or not dogs feel emotions like people do. He documented the findings in his book What It’s Like To Be a Dog.

As a neuroscientist at Emory University, Dr. Berns became curious if MRI testing could reveal more about what dogs are thinking and feeling. He wanted to see if the emotional processing center of a dog’s brain is similar to that of humans.

Dr. Berns built an MRI simulator in his basement and trained his Terrier to become comfortable with it over the course of three months. Once he had established what training was needed to prepare dogs for an MRI without having to put them to sleep, he looked for dog owners who would lend their pets to the study. Since 2012, around 90 dogs have been trained and scanned.

To assess whether dogs love humans as much as they love food, Dr. Berns’ research team developed an experiment during which they gave the dogs food for some of the time and praise the rest of the time. The experts observed the reward centers of their brains and found that the majority of dogs responded equally to food and praise.

“Now, about 20 percent had stronger responses to praise than to food. From that, we conclude that the vast majority of dogs love us at least as much as food,” Dr. Berns told the New York Times.

The team also found space in the dogs’ brains that is dedicated to processing faces. This indicates that dogs are not adapting this capability throughout life but that they are processing faces from the time they are born, which was not previously realized.