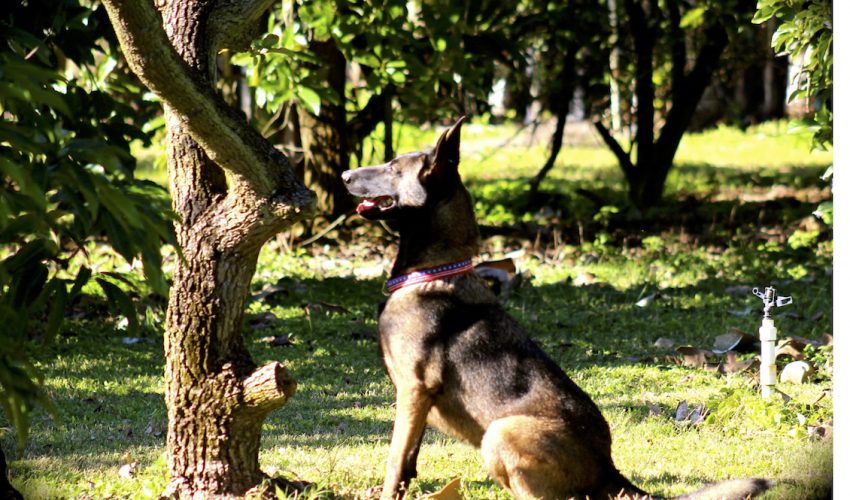 Dogs have a famously incredible sense of smell and can detect drugs, weapons, and even cancer cells.

But now, new research shows that dogs could be an asset to the avocado industry and detect early signs of disease in groves by sniffing laurel wilt disease in trees.

Laurel wilt disease is caused by the redbay ambrosia beetle, an invasive species native to Asia, and the beetles carry a fungus that can spread and infect host trees. The fungus prevents water from traveling throughout the tree which quickly kills it.

The disease has killed over 300 million laurel trees in the United States, and this has put a major strain on avocado trees.

Laurel wilt is affecting avocado harvests in South Florida, and there are concerns that the disease could spread to Mexico and California, causing even more devastation.

There is hope though, as a new study from Florida International University found that specially trained dogs can sniff early signs of the disease in avocado trees which could aid in preventing further infestation.

Dogs trained to sniff out certain scents are often used in law enforcement to locate drugs, and researchers found that scent-discriminating dogs could be trained to detect laurel wilt-disease.

For the study, the researchers conducted 229 trials where dogs detected laurel wilt disease, and out of those, only twelve involved false alerts.

The results of the research also showed that dogs would be well suited to detecting laurel wilt even in harsh climates such as the high heat and humidity that Florida is known for.

“It is the best ‘technology’ so far that can detect a diseased tree before external symptoms are visible,” said DeEtta Mills, one of the study’s authors. “The old saying that ‘dogs are man’s best friend’ reaches far beyond a personal bond with their handler and trainer. It is depicted in their excitement every day as they deploy to the groves. Man’s best friend may even help save an industry.”