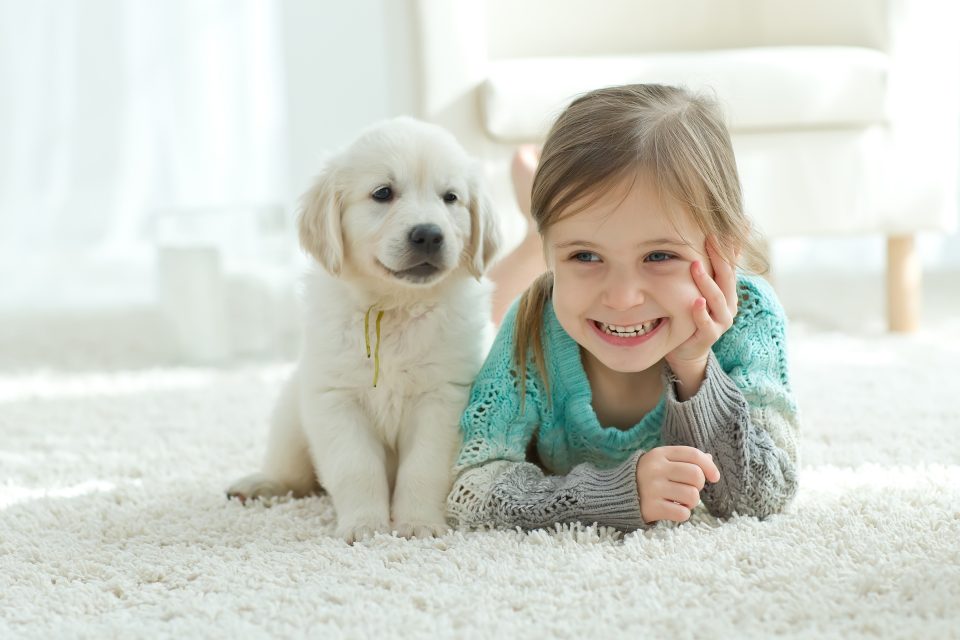 Dogs may help small children learn to manage their emotions and develop more meaningful relationships. In a new study published by Springer, researchers have found that children from households with pet dogs have improved social and emotional well-being compared to kids without a dog at home.

The experts analyzed survey data from the Play Spaces and Environments for Children’s Physical Activity (PLAYCE) study, which involved 686 dog-owning households with children between the ages of two and five. For the PLAYCE study, parents assessed the physical activity and social-emotional development of their children.

After accounting for other relevant factors, the researchers found that children from dog-owning households were 23 percent less likely to have difficulties with their emotions and social interactions.

Study co-author Professor Hayley Christian is a senior researcher at the Telethon Kids Institute and a professor at the University of Western Australia.

“While we expected that dog ownership would provide some benefits for young children’s well-being, we were surprised that the mere presence of a family dog was associated with many positive behaviors and emotions,” said Professor Christian.

Children who engaged with their dogs often were found to reap the most rewards. Those who joined family dog walks each week were 36 percent less likely to have poor social and emotional development compared to those who did not walk with their dog at least once per week.

In addition, children who played with their family dog at least three times per week were 74 percent more likely to regularly engage in considerate behaviors.

“Our findings indicate that dog ownership may benefit children’s development and wellbeing and we speculate that this could be attributed to the attachment between children and their dogs,” said Professor Christian.

“Stronger attachments between children and their pets may be reflected in the amount of time spent playing and walking together and this may promote social and emotional development.”

According to the study authors, the research is limited by its observational nature and does not establish the exact mechanism that links dog ownership to improvements in social and emotional development in young children.

Further research is needed to assess the social-emotional effects of different types of pets, and the potential influence of the attachment that children have to their pets.

The study is published in the journal Pediatric Research.