Ruh-roh: The intelligence of dogs may have been overestimated • Earth.com 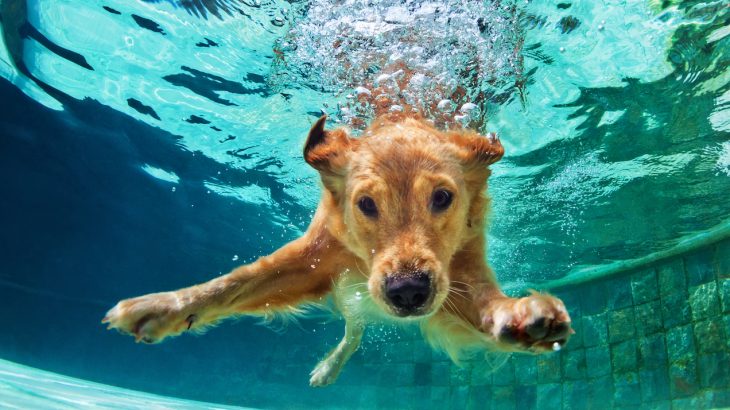 Ruh-roh: The intelligence of dogs may have been overestimated

A team of experts has reviewed over 300 studies focused on the cognitive abilities of dogs and many other species. The investigation revealed that the intelligence of dogs has been overestimated when they are compared to other animals.

Study co-author Stephen Lea is a professor of Psychology at the University of Exeter.

“During our work it seemed to us that many studies in dog cognition research set out to ‘prove’ how clever dogs are,” said Professor Lea. “They are often compared to chimpanzees, and whenever dogs ‘win,’ this gets added to their reputation as something exceptional.”

In order to accurately measure the intelligence level of dogs, the researchers determined that dogs must be classified as carnivorans, social hunters, and as domestic animals.

“Taking all three groups into account, dog cognition does not look exceptional,” said study co-author Dr. Britta Osthaus of Canterbury Christ Church University. “We are doing dogs no favor by expecting too much of them. Dogs are dogs, and we need to take their needs and true abilities into account when considering how we treat them.”

The cognitive abilities of dogs were measured up against other animals that fit into the three categories, including cats, spotted hyenas, wolves, bottlenose dolphins, horses, and chimpanzees. The comparisons were based on associative learning, sensory cognition, physical cognition, spatial cognition, social cognition, and self-awareness.

The study revealed that dogs did not test higher than other animals in associative learning, and their physical cognition was comparable to that of other species. While dogs performed well in spatial tasks, they did not necessarily stand out.

Dogs are known for their impressive social skills, particularly the way they interact with humans. However, other animals were found to be even more perceptive of social cues.

“Some other domestic species may do as well as dogs, though no other social hunters (except for wolves) have been shown to do as well,” wrote the researchers. “Dogs also have impressive capacities for social learning, and they seem to do better at these tasks than any other carnivorans, except wolves. Nevertheless, they have not demonstrated any capacities that have not also been shown in other social hunters.”

Dogs are also known for having an excellent sense of smell, but similar levels of sensory cognition have been found in some carnivorans and domestic animals.

The study is published in the journal Learning & Behavior.