Dogs may protect kids from eczema and asthma • Earth.com 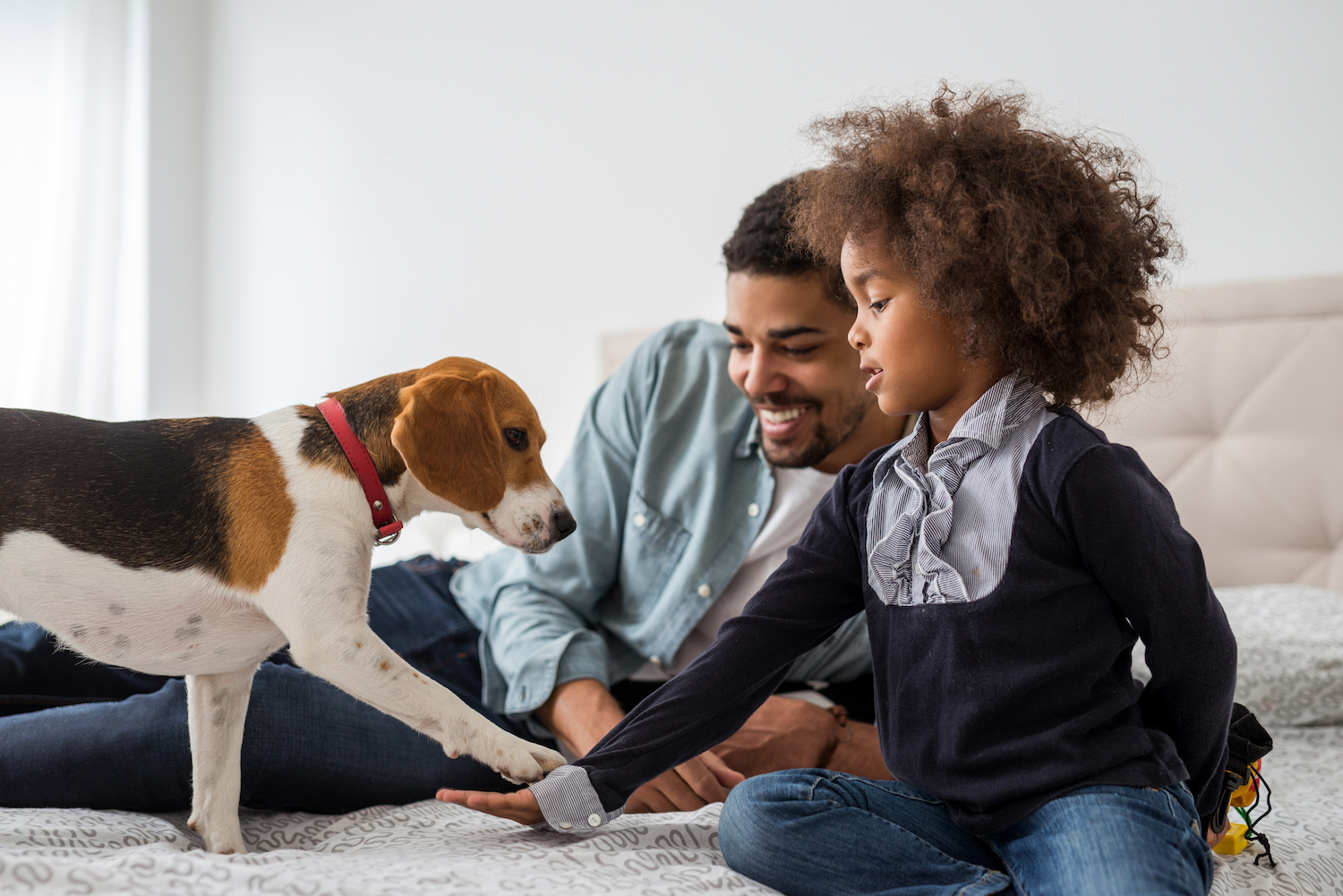 Dogs may protect kids from eczema and asthma

How great are dogs? It’s hard to find someone who doesn’t love them, or at least appreciate the role of the dog in our daily lives. There are so many reasons to enjoy their existence, and scientists may have just found a couple more.

Two studies presented at the American College of Allergy, Asthma, and Immunology (ACAAI) Annual Scientific Meeting found that the presence of a dog in a child’s home may help protect them against eczema and asthma.

One study found that babies born in a home with a dog during pregnancy get the benefit of added protection from allergic eczema. “Although eczema is commonly found in infants, many people don’t know there is a progression from eczema to food allergies to nasal allergies and asthma,” says Dr. Gagandeep Cheema, an allergist and lead author of the study. “We wanted to know if there was a protective effect in having a dog that slowed down that progress.”

Through examining mother-child pairs that were exposed to a dog before birth, the researchers found that this exposure is associated with a lower risk of eczema by the time the child is 2-years-old. However, this protective effect goes down at the age of 10.

For the second study, researchers analyzed the effects of two separate types of dog exposure to children with asthma in Baltimore, MD. The first type was a protein, or allergen, that affects children who are allergic to dogs. The second type were elements that the dog might carry, such as bacteria. Ultimately, the results showed that exposure to elements that a dog may carry could have protective effects against asthma symptoms for the child. However, exposure to the allergen protein may increase asthma symptoms among urban children with a dog allergy.

“Among urban children with asthma who were allergic to dogs, spending time with a dog might be associated with two different effects,” says Dr. Po-Yang Tsou, the lead author of the study. “There seems to be a protective effect on asthma of non-allergen dog-associated exposures, and a harmful effect of allergen exposure.”

Both of these studies show that there seem to be even more benefits to living with dogs than we even imagined – it almost seems too good to be true.