Dogs' emotions may mirror our own • Earth.com 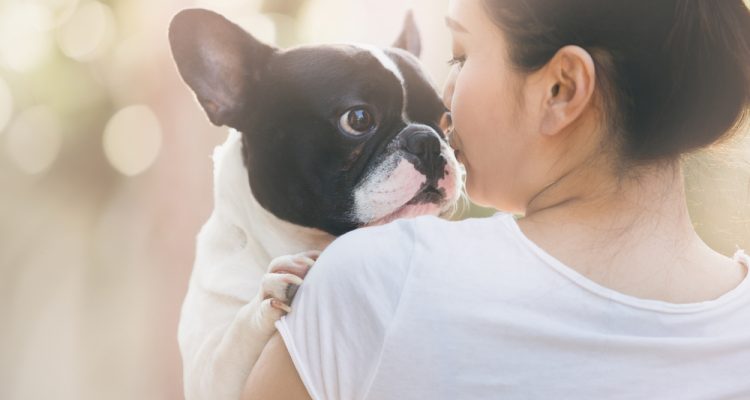 Dogs' emotions may mirror our own

Doggy emotions may mirror their owners. It’s common pet owner folklore that after many years together, people begin to resemble their dogs – or is it vice versa?

While the pet/owner resemblance myth may not be scientific fact, researchers have uncovered an amazing connection between owners and their dogs. It turns out that over time, your furry friend may begin to take on your personality.

If your dog is anxious and behaves in a negative manner, look in the mirror. Could it be that he’s taking after you? The same goes if your pup is easygoing and friendly. She’s simply mimicking your emotions.

To find this out, researchers tested over 100 dogs and their owners. They analyzed them inside and out, measuring their heart rates, how they respond to threats, and even taking saliva samples to check cortisol levels. Cortisol is a chemical that the body releases in response to stress.

The doggie-owner pairs also underwent personality testing that covered five major areas: conscientiousness, openness to experience, agreeableness, extraversion, and neuroticism. Because the canine participants weren’t able to vocally respond to researchers’ questions, their owners provided personality info on their pets via a questionnaire.

The result? Dogs definitely reflect their owners’ personalities and emotional states. Since they’ve lived with us for more than 30,000 years, dogs have had to adapt in order to tune into our emotions and modify their behavior to suit.

Iris Schoberl of the University of Vienna said that the personality influence goes both ways and dogs can influence humans, as well. However, the human in the pair is the more influential of the two.

In an interview with BBC News, she said, ”Our results nicely fit to experience from practice: owners and dogs are social dyads [a group of two], and they influence each other’s stress coping.”

Dog owners and their pets can read more about this doggy emotions research in the journal PLOS ONE.