Dolphins are on a sharp decline in the Amazon • Earth.com 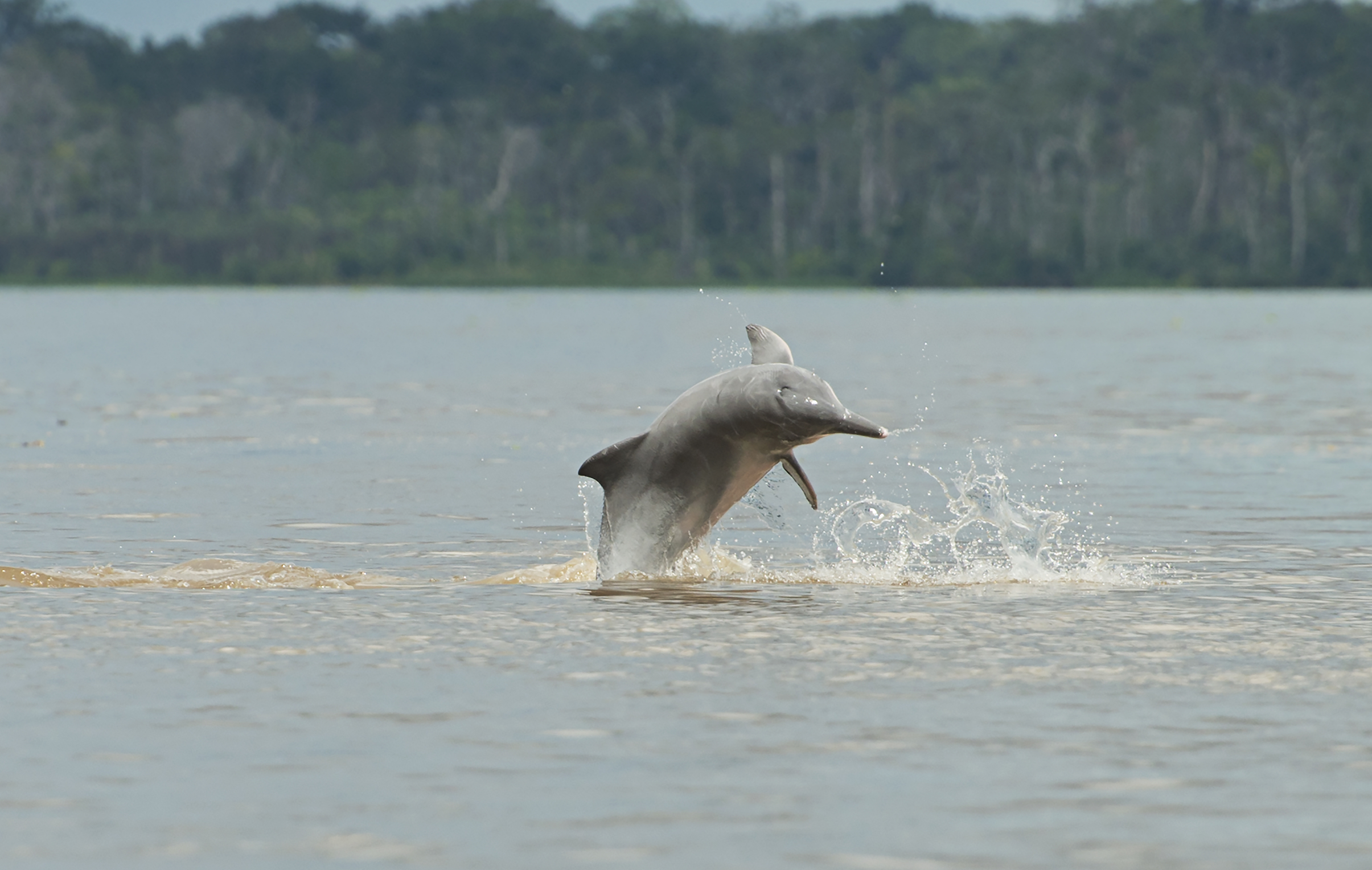 Dolphins are on a sharp decline in the Amazon

Populations of freshwater dolphins in the Amazon basin are declining at an alarming rate, according to a new study.

Even though the dolphins are legally protected, dolphin hunting that began in the early 2000s has taken a toll on two previously abundant species of freshwater dolphins, the boto (Inia geoffrensis) and the tucuxi (Sotalia fluviatilis).

Researchers from the Instituto Nacional de Pesquisas da Amazônia saw that there was a lack of data on two river dolphins species in the Amazon basin, especially concerning their International Union for Conservation of Nature (IUCN) Red List status.

The study was published in the journal PLOS ONE and the results show that the two dolphin species have been steadily declining, with populations dropping by half every decade.

In order to accurately assess the two species’ populations and measure their decline, the researchers collected and analyzed data from 22 years (1994 though 2017) of observational surveys of the dolphins in the Mamirauá Reserve in Brazil.

The researchers found that both the boto and tucuxi populations are rapidly declining at a steady pace. The analysis showed that the boto population is dropping by half every 10 years and the tucuxi is halving every nine years.

The rates are some of the worst declines for dolphins worldwide since modern whaling began and the two species should soon be classified as Critically Endangered based on the IUCN’s criteria.