Dolphins have "accents" that vary by region • Earth.com 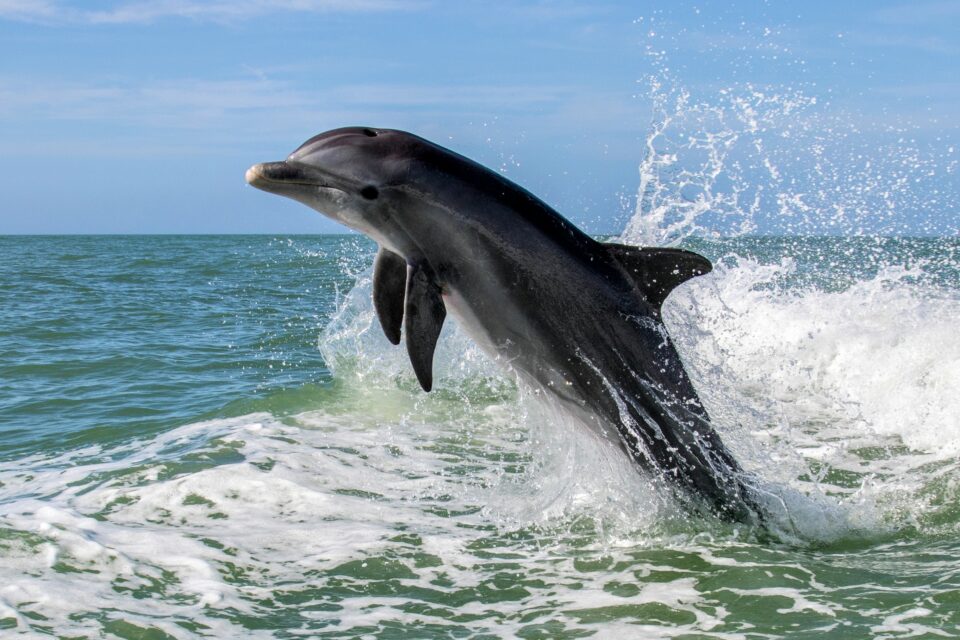 A new study led by the University of Sassari (UNISS) in Italy has found that bottlenose dolphins’ signature whistles, which they use to identify one another, are strongly influenced by where they live, and by the size of their local population.

Although these whistles are unique to each individual animal, the experts discovered that their acoustic features are structured to a certain degree by dolphins’ local habitats and communities – a phenomenon similar to the development of regional accents in humans.

“Even if the bottlenose dolphin is among the most studied species of Cetacean, many aspects of their ecology and behavior are still unknown,” said study lead author Gabriella La Manna, a marine biologist at UNISS.

“Given how quickly human activities are changing the oceans, it is important to understand the environmental and socio-behavioral factors that allow animals to adapt to their environment.”

The scientists investigated the whistling habits of common bottlenose dolphins (Tursiops truncatus) in six geographically distinct populations in the Mediterranean Sea. By analyzing 188 hours of recorded sounds, they mapped variations in acoustic features such as duration and changes in pitch, and identified 168 signature whistles. The analysis revealed that the local ocean environment and population size had a significant effect on the whistles’ acoustic features.

For instance, signature whistles in areas with sea grass, such as Port Cros or Lampedusa, were higher pitched and shorter in length compared to those of dolphins living in areas with muddy sea floors. Moreover, among small dolphin populations like those from the Gulf of Corinth, the whistles had more changes in pitch than among larger populations. These findings suggest that bottlenose dolphins develop signature whistles that are best suited to their local habitats (the so-called “acoustic adaptation hypothesis”).

“I would like people to reflect on the importance of the acoustic environment in which dolphins live for the development and maintenance of their communication,” said Dr. La Manna. “Human activities, such as commercial shipping and nautical traffic, can severely affect this fundamental aspect of dolphins’ life.”

Further research is needed to clarify why certain environmental features influence in specific ways dolphins’ signature whistles, and to assess what impact anthropogenic factors have on these animals’ behavior and social communication.