Bottlenose dolphins struggle with weight in their 40s • Earth.com 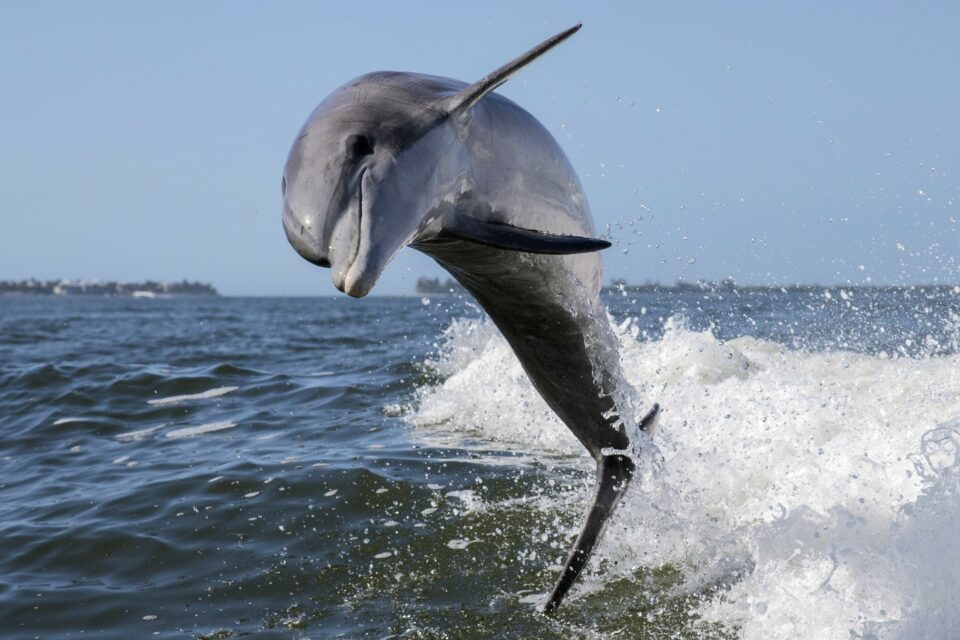 Bottlenose dolphins struggle with weight in their 40s

There comes a point in everyone’s life when it becomes harder to burn calories and keep off extra pounds. A new study from Duke University reveals that bottlenose dolphins have the same age-related struggle with weight as humans.

The experts report that, as bottlenose dolphins age, they experience a drop in metabolism and an increase in fat mass. The research represents the first time that scientists have measured an age-related metabolic slowdown in another large-bodied species besides humans, explained study first author Rebecca Rimbach.

As a postdoctoral associate in Evolutionary Anthropology at Duke, Rimbach has studied energy expenditure and other aspects of physiology in animals ranging from mice to monkeys. She noted that data on the inner workings of marine mammals such as dolphins and whales have been scant. This is because it is so challenging to obtain repeat measurements on sea creatures.

“It can be very tricky to get the animal back when you need it,” said Rimbach.

The study was focused on 10 bottlenose dolphins between the ages of 10 and 45 living at the Dolphin Research Center in Florida and the Dolphin Quest in Hawaii.

At these facilities, the dolphins voluntarily raise their tail fins out of the water so their caregivers can collect blood or urine as part of their regular checkups. The experts analyzed levels of heavy hydrogen and oxygen atoms in the blood and urine, which allowed them to calculate how much carbon dioxide the dolphins produced each day. This information was used to calculate how many calories the dolphins were burning during their daily activities.

The researchers were surprised with the results of their analysis. They expected dolphins to have speedy metabolisms considering that they are warm-blooded, and keeping warm in the water requires more energy.

However, the study showed that bottlenose dolphins burn 17 percent less energy per day than what is expected for a marine mammal of their size. The researchers also found some of the signs of metabolic aging that are common in people.

The oldest dolphins – both in their 40s – used 22 to 49 percent fewer calories each day than predicted for their body weight. Similar to humans, more of those calories ended up as fat rather than muscle, said the researchers.

Even in their 40s, the dolphins in the study were very active – doing flips and spins, jumping clear out of the water, and swimming fast enough to leave a wake as often as six to 18 times an hour. Regardless of their activity levels, the age-related metabolic pattern persisted.

“And it’s not because they’re eating too much,” said Rimbach. The experts found that the older, fatter dolphins actually ate fewer calories.

According to the researchers, their work could shed light on factors besides diet and lifestyle that underlie age-related weight gain in people.

“Further studies into this commonality we share with dolphins may help us understand why human metabolism slows as we age,” said study co-author Hannah Salomons.

“We need more data, especially for younger dolphins, since we only looked at 10 individuals,” said Rimbach. “But I think it’s an exciting first study.”