Few grow good: The strange story of the domestication of the fox • Earth.com 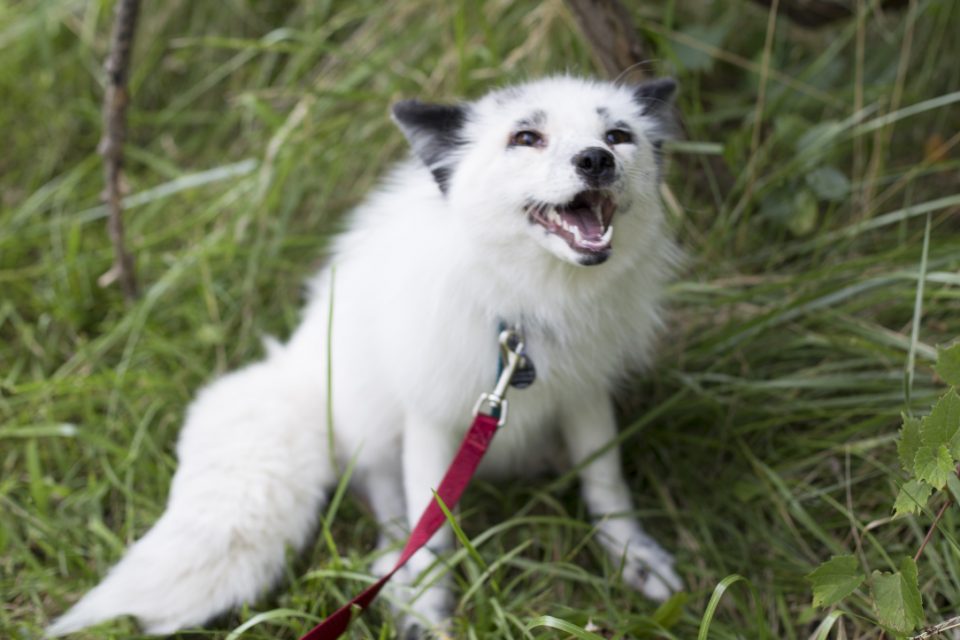 Few grow good: The strange story of the domestication of the fox

While categorizing a wild animal as “good” or “bad” is ultimately a useless exercise, substitute the word “tame” and Franklin would have been on to something. Foxes have been kept in captivity for thousands of years—a fox was found buried alongside a human in a grave in Jordan dated to 14.5 thousand years ago—but never domesticated.

Those who have attempted to raise wild foxes, even from birth, all tell the same tale. Ask the the protagonist of J.M. Coetzee’s Waiting for the Barbarians, who makes the ill-advised decision to keep a fox in his apartments, which soon reeked of its pungent urine. After a certain point, even with love, care, and socialization, foxes, like most non-domesticated animals, demonstrate their wildness.

The wariness and cunning that have enshrined them in folklore and legend are bound to emerge. It’s something inherent, something that separates them from the friendly and approachable creatures we typically think of as pets. Certainly, some “pet” animals aren’t fully, or even partially, domesticated. Parrots, while amenable to socialization, haven’t shed all that many of their wild habits…they still scream and bite and become neurotic in captivity under all but the most painstaking care. Sugar gliders, one of the more popular exotic animals kept as human companions, still retain their nocturnal habits (though they can be trained out of them). And of course, reptiles, usually not social in the way that we typically conceive of the term, may in some cases become accustomed to handling and feeding by humans, but still retain nearly all of the qualities of their wild ancestors, even after generations of captive breeding.

There’s something special that distinguishes truly domesticated animals: dogs, cats, goats, sheep, pigs, horses, rabbits, cows, chickens, ducks, geese and a handful of others. In addition to their calmer, more tractable dispositions, many exhibit a series of strangely similar characteristics across species, particularly in mammals. Floppy ears, curly tails, foreshortened muzzles, and spotted coats: all of these are common in domestic animals. Think of the dangling ears of dogs and rabbits, the curled tails of pigs and certain canine breeds, the flattened faces of some dogs and cats, the spots on cows and the blazes on horses. Darwin noted this curious assemblage of characteristics in his 1868 volume The variation of animals and plants under domestication.

How did such a specific cluster of traits appear in such disparate species, domesticated for different periods of time, from the dog, which may have been domesticated as many as 40,000 years ago, to the rabbit, which may have existed in domestic form for a mere 2,000 years? Until relatively recently, it was believed that these physical traits must have been selected for along with increased tolerance for human contact. That seemed like a relatively reasonable conclusion, especially given the length of time that has elapsed since these species joined us on our evolutionary journey. It’s not like the ancients left us much in the way of domestication manuals.

That all changed, however, beginning in 1959. That year, Russian scientist Dmitry Belyaev began a series of experiments on foxes that would forever change the evolutionary paradigm. Belyaev, a geneticist, had a decade earlier been fired from his position at the Central Research Laboratory of Fur Breeding due to his adherence to the Darwinian theory of evolution by way of natural selection. The Soviet view on evolution was closer to what is now called the Lamarckian theory—that changes that occur during a single animal’s lifetime are heritable by its offspring. His dissent from that perspective was heretical and he was thus compelled to continue his studies of evolution in secret. Then, in 1953, Josef Stalin died and these restrictions relaxed to some extent.

In 1959, he was appointed director of the Institute of Cytology and Genetics of the Russian Academy of Sciences in Novosibirsk, Siberia. Assisted by Lyudmila Trut, he began studies on a group of silver foxes gathered from fur farms in Estonia—then part of the Soviet Union. (Silver foxes are a color variant of the red fox [Vulpes vulpes]. This naturally occurring polymorphism is popular in the fur industry). The provenance of that stock was later traced back to Prince Edward Island, Canada, where foxes were first farmed commercially beginning in the late 1800s.

The original foxes used in the program, while generations removed from their wild ancestors, were by no means tame. In fact, most were fearful, if not downright aggressive when approached by humans—an understandable reaction for an essentially wild animal kept in a small wire cage. Belyaev and Trut began selecting the most approachable specimens—30 males and 100 females—and breeding them back to each other. In the late 1960s, they also began breeding a line of hyper-aggressive foxes and also maintained a population that retained the traits of the original foxes from Estonia.

By the fourth generation, the approachable foxes had become appreciably more tame, wagging their tails upon the approach of humans. Belyaev and Trut continued mating these friendly foxes back to each other, keeping only the top 10% of each generation and killing the rest, whose pelts were sold as a means of supporting their research. 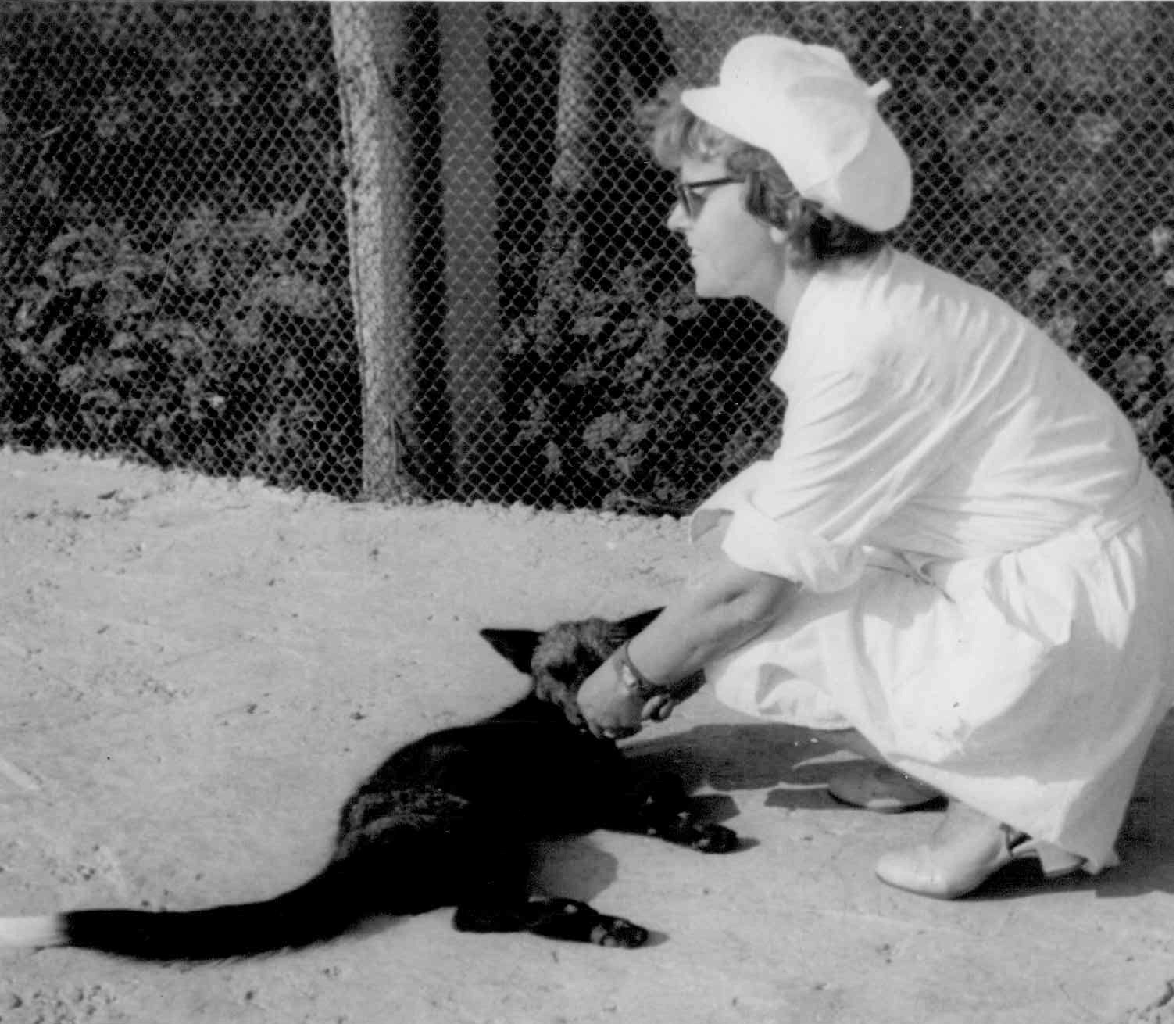 After another four generations, some of the foxes became affectionate and excited, seeming to desire human companionship. Their friendliness was measured by a formalized procedure that involved testing their sensitivity to touch beginning at the age of two and a half months. The foxes that passed the test—seeking out and clearly enjoying human contact—were dubbed “elites.” Nearly 50% of foxes bred at the institute displayed these characteristics by the 30th generation. By the 21st century, nearly all of them were friendly and functionally domestic. In all, the project has produced some 50,000 foxes over approximately 50 generations.

Only a handful of these domesticated foxes have made their way to the United States. In the 1990s, the institute began selling small numbers of foxes to private buyers. Several are housed at the Judith A. Bassett Canid Education and Conservation Center in San Diego, which aims to educate the public about these foxes. The only importer charges $8,900 to transport a fox from the institute in Siberia. (Other foxes sold as “domestic” in the United States are in fact captive-bred wild foxes and are rarely suited to captivity.)

The Russian foxes are certainly tame and friendly, but they do not necessarily make the best pets. Though the domestication process has reduced the potency of their musky urine, the odor is still powerful and difficult to remove from carpet and furniture, where it will inevitably be deposited. And while the foxes can be trained to some extent, they are hardly as tractable as dogs. They require a specialized grain-free diet and an outdoor enclosure with a high fence and protective structures that prevent them from digging out.

Fascinatingly, though the only quality that was selected for by the researchers was friendliness, at a certain point, physiological changes began to emerge as well. The ears began to droop in some foxes, limbs, tails, and muzzles became shorter, and skulls became wider. This is consistent with the neotenic characteristics found in other domestic animals—that is, they retain juvenile features into adulthood. The males also had larger gonads and both sexes became sexually mature at an earlier age than their counterparts. And instead of coming into estrus once a year, females became sexually receptive multiple times a year. Increasingly, spotted kits began appearing in the litters as well. These features all appeared to be linked to the genes that code for domestic behavior. That is: these physical characteristics are directly connected to a suite of behaviors.

A number of genetic and blood chemistry studies have attempted to account for the mechanisms that drive the shift toward domestication. A genomic study zeroed in on one gene, SorCS1, that appears to differ between the domestic, standard, and hyper-aggressive lines. In mice, this same gene has been linked to the communication between neurons, suggesting that it may play a role in how the brain regulates behavior. Other genes that differed between the three groups of foxes have been associated with autism, bipolar disorder, and Williams-Beuren syndrome, a human disorder that causes cognitive impairment and excessive friendliness. The exact mechanisms by which these genes act on behavior as a whole remain to be determined.

Researchers have also found that the friendlier foxes had higher levels of serotonin in their brains. Serotonin is known to inhibit aggression. They also had lower corticosteroid and adrenaline levels. Both modulate stress responses and lower levels of them suggest reduced adrenal gland function. These glands are often reduced in domestic animals. They develop from the neural crest, a region of stem cells that, during embryonic development, differentiate into a variety of features, among them melanocytes, the cells that control pigmentation. So, the biochemical pathways that determine behavior and those that control physical appearance may in fact be closely linked.

While much remains to be determined, Belyaev and Trut have thus illustrated that the adorable features that we so treasure in our domestic companions are in fact side effects of having selected for behavior. To put it another way: cuddly came before cute.