No time for reflection: Why the deep-sea dragonfish has transparent teeth • Earth.com 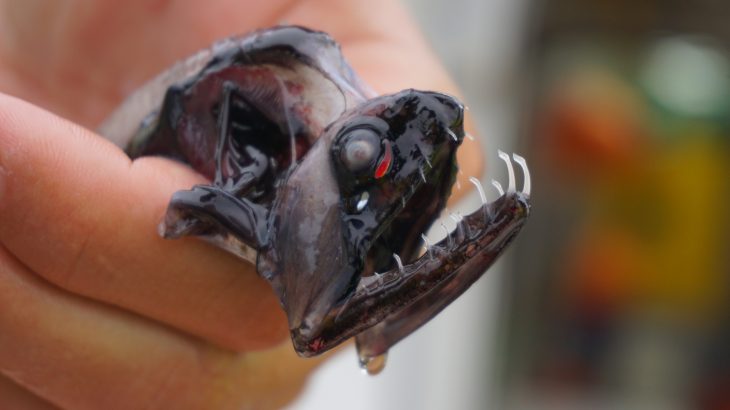 No time for reflection: Why the deep-sea dragonfish has transparent teeth

The fearsome dragonfish looks a lot like the type of fish that inspires such a name – although it’s considerably smaller than the dragons we read about in books or see on certain ultimately-disappointing TV shows.

Measuring in at just 15 centimeters, this deep-sea fish makes up for its lack of size by sporting a set of enormous teeth, which they use to eat smaller fish up to 50% of their size. These impressive teeth were the focus of a study published in the journal Matter by a team of oceanographers.

The study’s authors were interested in one unique characteristic of this species teeth — they are transparent.

“Most deep-sea fauna have unique adaptations, but the fact that dragonfish have transparent teeth puzzled us, since the trait is usually found in larger species,” says Marc Meyers, a researcher at the University of California, San Diego and senior author of the study. “We thought that the nanostructure would be different, and when we looked at this, we found grain-sized nanocrystals embedded throughout the teeth are responsible for this uncanny optical property.”

In their investigation, the research team found that the transparency of the teeth is different from how other organisms have evolved this same adaptation. Dragonfish teeth are composed of an outer enamel-like later and an inter dentin layer, just like our own teeth.

The nanocrystals in their teeth are scattered throughout the matrix of the enamel, preventing light in the environment from reflecting or scattering off the surface of the teeth. It also helps that the teeth are rather thin compared to other predatory fish, which helps with the light scattering effect. 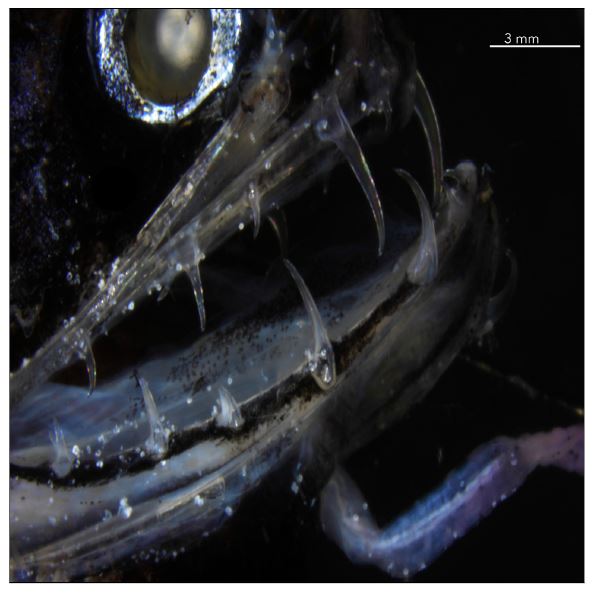 “Down at great depths there’s almost no light, and the little light there is comes from fish, such as the dragonfish, that have small photophores that generate light, attracting prey,” explains Meyers. “But the dragonfish’s teeth are huge in proportion to its mouth – it’s like a monster from the movie Alien – and if those teeth should become visible, prey will immediately shy away. But we speculate that the teeth are transparent because it helps the predator.”

The researchers believe that the transparent teeth make it harder for prey to see the fish’s wide-open mouth headed their way – which is good for the dragonfish, but bad for any other smaller fish nearby. With the results of this study, the research team is now raising funds to create transparent materials inspired by dragonfish teeth, using a combination of nanocrystals and ceramics.