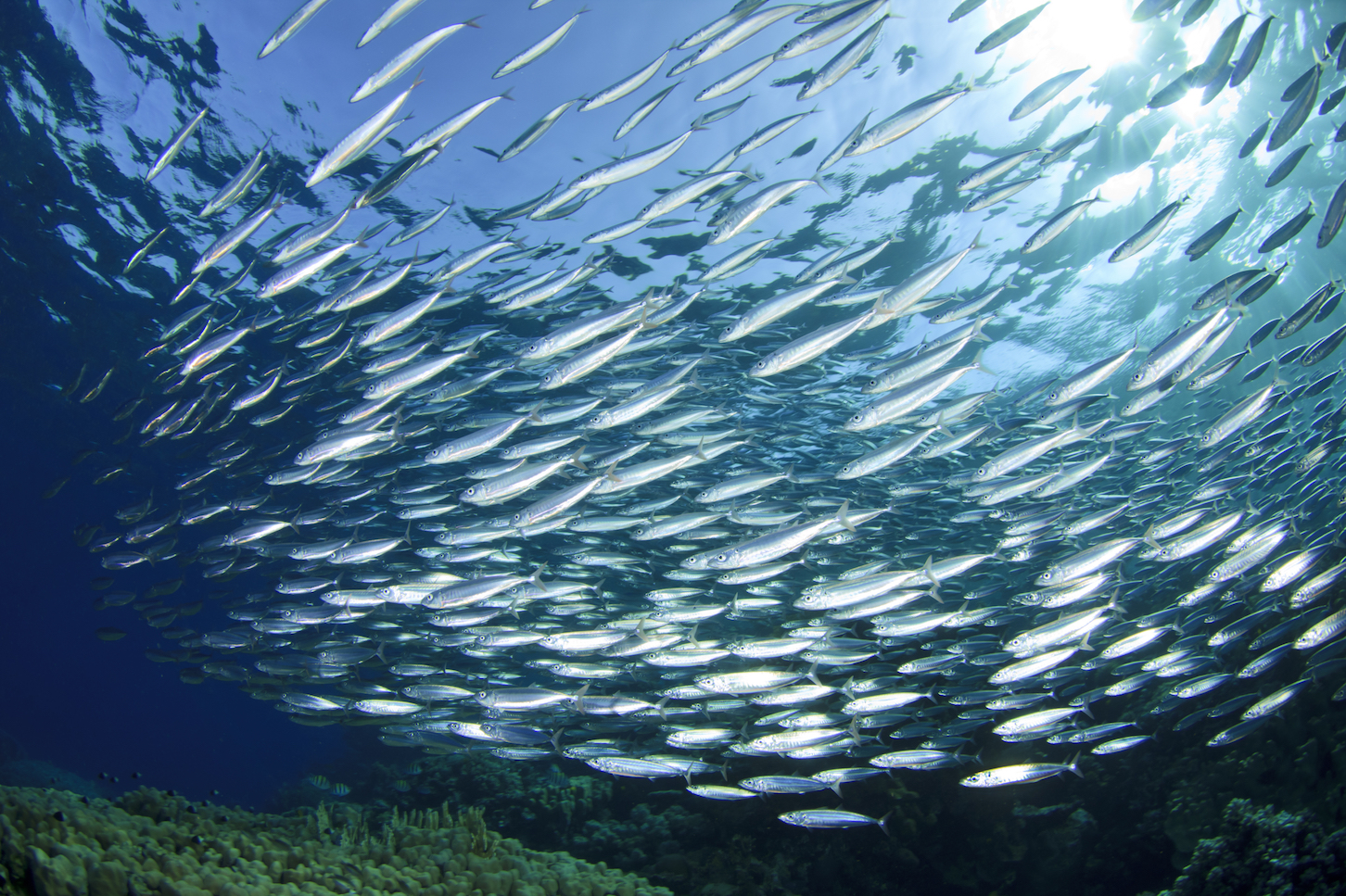 An investigation led by the University of Washington has found that if forage fish continue to be farmed at the current rate, their populations will be overextended by the year 2050 or possibly even sooner. The experts report that this threshold could be avoided with simple changes in aquaculture and agriculture production.

Small forage fish such as anchovies and sardines play a critical role in the marine food web, but are also a major food source for farmed seafood and land-based livestock such as pigs and poultry.

Furthermore, in order to keep up with a growing demand, aquatic farming now puts the most pressure on forage fish to feed larger farmed fish such as salmon, carp, and tilapia.

“Aquaculture has a lot of potential to keep feeding the future planet, but we do probably need to make some changes for sustainability,” said co-author Tim Essington. “We are in a position to start thinking about different scenarios and how we want to invest in technological advances to shape how the aquaculture field is run.”

The aquaculture industry is growing by around six percent each year, and currently produces 75 million metric tons of seafood worldwide. Schooling fish are caught in the ocean and processed into fishmeal and oil to feed other fishes and crustaceans in aquatic farms, and livestock animals have also been eating these fish since the 1960s.

“Aquaculture is the fastest-growing food sector in the world and has already surpassed beef, as well as wild fisheries seafood production. There’s a lot of concern about forage fish use and whether or not what we’re doing – feeding fish to fish – is sustainable,” said lead author Halley Froehlich.

The team used computer simulations to examine different changes in agriculture and aquaculture practices that could relieve some of the pressure on forage fish.

The study revealed that eliminating the use of small fish in food for farmed carp and other freshwater fish produced the best results. These fish do not need to eat forage fish for survival, but are fed the fishmeal and oil because it makes them grow faster.

The researchers found that it would also be beneficial to remove forage fish from livestock feed, which is a trend that has already been underway for a few decades.

For some fish, such as farmed salmon and tuna, eliminating forage fish in their diets would be harder to accomplish because these fish rely more on animal protein for survival.

According to the study authors, the biggest unknown is how much fish will be consumed by humans in the future if people begin to favor seafood over other meat. This trend would expand aquaculture even more and place additional strain on forage fish.

“There are very clear steps that can be taken to mitigate the pressure from aquaculture, but if the whole world ate a little more fish, then that degrades the savings you get from these mitigating measures at the levels we assessed,” said Froehlich. “These unknowns really emphasize how important alternative feed sources are for the long-term sustainability of aquaculture.”